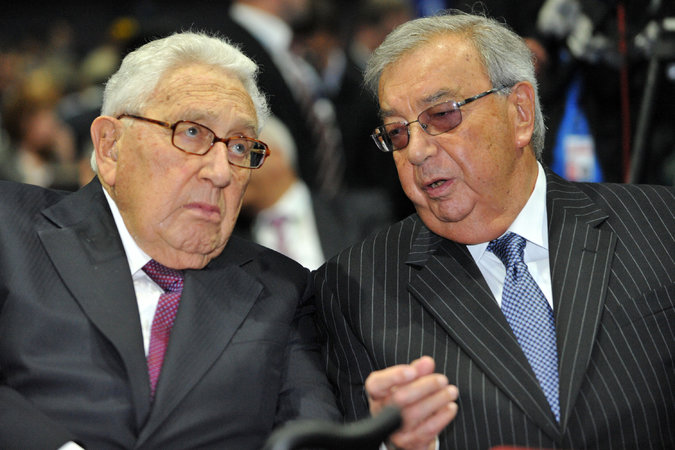 MOSCOW — Yevgeny M. Primakov, a former prime minister of Russia, the country’s first post-Soviet spymaster and for decades the Kremlin’s top expert on Middle Eastern affairs, has died, state news agencies said on Friday. He was 85.

The agencies did not say when or where he died or provide the cause of death.

With hooded eyes and a gravelly voice, Mr. Primakov struck an image of the archetypal Soviet diplomat and intelligence operative. He was well known to kings, dictators and revolutionaries throughout the Middle East.

But as he rose to more senior positions in the post-Soviet Russian government, his sly sense of humor, sharp intellect and willingness to stand up to the United States made him popular in domestic politics. For a time, he was seen as a possible successor to President Boris N. Yeltsin.

In this way, his career and popularity foreshadowed the success of another veteran of the Soviet intelligence services turned politician, Vladimir V. Putin.

On Friday, Mr. Putin’s spokesman, Dmitry S. Peskov, said the president saw Mr. Primakov as “a statesman, a scholar and a politician who has left an enormous legacy.”

Russian television broadcasts warmly recalled how Mr. Primakov had presided over a turning point, literally, in Russian-American relations. Heading to the United States for talks in March 1999, Mr. Primakov, who was prime minister then, turned his government plane around over the Atlantic Ocean after learning that the United States was about to begin its military intervention in Kosovo.

Mr. Primakov said he would not talk to the Americans while bombs were falling.

Russia’s foreign minister, Sergey V. Lavrov, said on Friday that Mr. Primakov had “made an invaluable contribution to formulating the fundamentals of Russia’s foreign policy,” including, “above all, the independent, self-sufficient course of the Russian Federation.”

As Mr. Yeltsin’s health weakened in the late 1990s, Mr. Primakov aligned with Yuri M. Luzhkov, then the mayor of Moscow, in a bid to assume control in the Kremlin. But Mr. Putin and his backers quickly sidelined the movement.

After leaving government, Mr. Primakov led a business lobby before returning to his scholarly interests in the Arab world as director of Eastern studies at the Russian Academy of Sciences.

Yevgeny Maksimovich Primakov was born on Oct. 29, 1929, in Kiev, Soviet Union. He graduated from the Moscow Institute of Oriental Studies in 1953. Survivors include his wife, a daughter and grandchildren.

Early in his career, Mr. Primakov proved a wily and energetic backer of Soviet interests in the Middle East. He began his decades of experience in the region as a foreign correspondent for Soviet radio and the Communist Party newspaper Pravda in Cairo for most of the 1960s, a posting generally seen as a cover for espionage activity.

He went on to lead ultimately unsuccessful shuttle diplomacy efforts to reconcile a newly ascendant Iraqi leader, Saddam Hussein, whom the Kremlin was courting, with the Kurdish insurgency in northern Iraq, which was also supported by Moscow.

In 1990, before the Persian Gulf War began, Mr. Primakov led an unsuccessful effort by the Soviet leader Mikhail S. Gorbachev to broker a peace agreement between the United States and Iraq, which had invaded Kuwait.

The Gorbachev plan, calling for Iraq to pull out of Kuwait, might have slowed the erosion of Russian influence in the region had it succeeded. But Mr. Hussein resisted until it was too late to accept the proposal.

Back in Russia, Mr. Primakov steered the foreign intelligence branch of the K.G.B. into the post-Soviet era, separating it from the domestic surveillance branch.

In various government positions, Mr. Primakov also tried and failed to broker peace deals that would have prevented American military action in the former Yugoslavia and again in Iraq.

Mr. Gorbachev, in a statement issued on Friday, praised Mr. Primakov for “defending the country’s interests with both resolve and flexibility.”