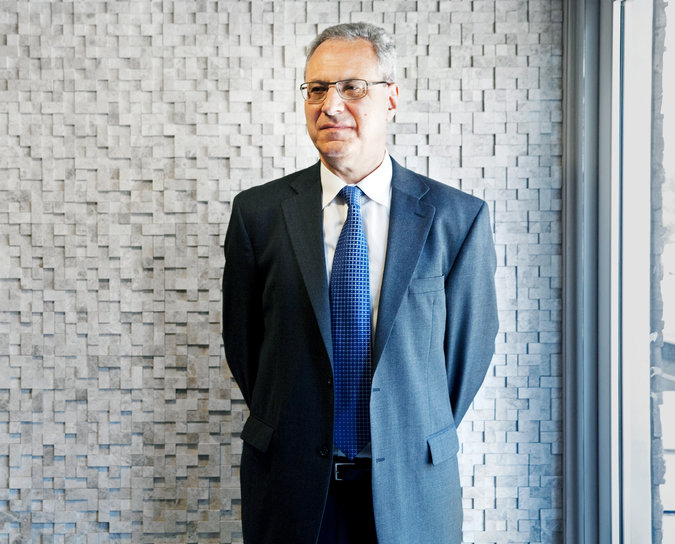 “You should be ashamed of yourself!”

So began the email to Stephen L. Joseph. It was 2003, and Mr. Joseph, a public interest lawyer, had just filed a lawsuit against Kraft Foods for marketing Oreos to children. The trans fats in the cookies, he argued, were unsafe and easily replaced.

The email writer took issue with Mr. Joseph’s methods. “We live in America, land of the free, where we can eat whatever the hell we want!!! If you don’t like it, move to Afghanistan, you damn terrorist.”

To judge by his inbox, with its thousands of similar angry emails — “Most of them telling me to get a life. Also, some telling me to drop dead,” Mr. Joseph said — he was on the wrong side of history, his ideas destined for the dust bin.

But the movement grew, and last month, the federal government told the food industry it has until 2018 to stop using trans fats. Mr. Joseph helped propel the movement and was a pioneer in nutrition-related lawsuits; after getting Kraft to eliminate trans fats from Oreos, he then sued McDonald’s over a delay in eliminating those fats in its fries.

Mr. Joseph, who was born in England and now lives in Los Angeles, seems to relish a Quixotic fight. His chief weapon is the lawsuit. Now he has a new target: the world’s largest tech companies. He is accusing them of creating products used in the deadly habit of distracted driving.

In April, he filed a lawsuit in state court in Los Angeles against Apple, Google, Microsoft and Samsung. Their smartphones and watches, his complaint says, encourage people to focus on texting and other social media instead of the road, and the companies have a responsibility to help confront the problem.

His suit calls on them to pay up to $1 billion a year to fund an education campaign about the risks of multitasking behind the wheel. “The only rule in technology is if it can be done, it will be done,” he says. “Nobody is saying to them: ‘Wait a minute, stop. This is not good. You’re going to hurt people.’ ”

The technology companies declined to comment on the lawsuit. It stands to reason that they’ll ask the court to throw it out. And several legal scholars suggested that dismissal was the likely outcome. But Mr. Joseph, not easily deterred, tends to think that he will eventually get others to see the world through his glasses.

In mid-June, Mr. Joseph, 61, stood on a corner in San Francisco’s North Beach neighborhood watching passing cars. Spotting drivers interacting with their phones has become a pastime, and he was quickly obliged by a man in a silver Ford sedan driving through the intersection while tapping on a touch-screen phone.

“If he knew what he was doing. If he really knew, he wouldn’t do it,” Mr. Joseph said. Then he held up his left wrist and displayed his Apple Watch. “And how much smaller is this!” he exclaimed. To interact with it, he said, requires drivers to look away from the road. “How can Apple just throw it into the car and say it has nothing to do with that?”

One obvious response is that it’s the drivers’ responsibility to ignore the devices. Apple, while it declined to comment on the specifics of the lawsuit, did point out that drivers can turn off the devices, use voice commands, or features like airplane mode, aimed at limiting interference. (The same can be said of the products of Apple’s competitors.)

Mr. Joseph argues in his lawsuit that the buzz of devices is “virtually irresistible” and the notifications are “designed and intended to distract.” Further, he notes that the devices are designed for use in the car; the Apple Watch, after all, has turn-by-turn navigation.

For his legal argument, Mr. Joseph is relying on a relatively novel reading of an evolving body of “public nuisance” law. Historically, this theory was used by governments to combat sources of community disruption — a raucous rock concert, for instance. Increasingly, though, government agencies have used nuisance suits to try to address public health issues, like suing gun companies for spreading handgun violence, according to Robert L. Rabin, a Stanford Law professor who specializes in public health and safety.

Mr. Rabin noted, however, those efforts had typically failed in court, and in the few instances they had succeeded, they were brought by the government and not by a private individual.

Mr. Joseph countered that recent state appellate court decisions in California, and a federal court ruling, supporting the right of a private party to file a public nuisance lawsuit on behalf of the general public.

The distracted-driving situation, Mr. Joseph argues, is clearly a public nuisance that threatens his personal safety. “Even if I don’t text and drive, someone can kill me,” he says.

Mr. Rabin says that might be true. “He’s pursuing a noble cause,” he said of Mr. Joseph. But the legal basis for the suit is a big impediment, he said, adding this issue “would be dead on arrival before most trial court judges.”

Over lunch at a North Beach restaurant, Mr. Joseph pointed at the Italian flags painted on light poles. Some of the paint was grubby and chipped. “Is that acceptable? Look at that. Look at that!”

“I’m sorry,” he said at one point. “I drive people nuts.” And he reflected on how he gets fixated on things, like the smudged Italian flag or graffiti. “Other people can sit here and not see that at all. I can see only that.” He sounded like Woody Allen channeling Che Guevara.

Mr. Joseph’s first real act as a public gadfly involved taking on graffiti in San Francisco in 2000. He’d moved to the city after working in Washington for 17 years as a lawyer and lobbyist. (He continues to do private legal work that supports his public interest cases.) Appalled by the prodigious graffiti, he began cleaning it himself. He pestered the city to help, but when that didn’t happen, he filed a lawsuit. “By the time I got home” from the courthouse, “I already heard about the lawsuit on the radio. In just 15 minutes! That night, Channel 2, 4, 7, 9 and 11 were all in my home!”

It was a public nuisance suit, and the court threw it out because he lacked legal standing to bring it. (He faces a similar challenge with the tech companies.) But by then, the city was cleaning up the graffiti. “I lost the lawsuit, but won the war,” he said.

Next up was trans fats, which he learned about first in an article in The San Francisco Chronicle. He began studying the issue and had a revelation one day after he learned of Oreo-like cookies made by Newman’s Own that didn’t use trans fats.

“I went to Whole Foods and bought some, and I told my wife: ‘If these cookies taste good, I’m going to file a lawsuit against Kraft. If they taste like cardboard, I won’t.’ ”

His palate was satisfied, and the lawsuit, filed in Marin County Superior Court, caused an instant uproar. Mr. Joseph was widely pilloried on right-wing radio, which he felt helped his cause immeasurably. “They were hating the Oreo lawsuit so much that they were repeating, ‘Trans fat, trans fat, trans fat,’ creating awareness of the issue.”

Shortly after, Mr. Joseph dropped the lawsuit; Kraft told him it would abandon trans fats in the Oreo. Again, winning the suit became secondary to filing it. Mr. Joseph acquired a reputation as someone who used lawsuits effectively, even if he wasn’t a particularly subtle litigator, said Steven Gardner, a longtime public interest lawyer.

“He’s more like an intellectual do-gooder than Bartleby the Scrivener,” Mr. Gardner said of Mr. Joseph, adding, “Good for him.”

After his trans fats campaign, Mr. Joseph defended the plastic bag industry in its battle with environmentalists in California. Mr. Joseph took the position that the environmental groups, which wanted to outlaw plastic bags, were vastly overstating the harm they caused.

With financial support from plastic bag companies, he filed a lawsuit that made it to the California Supreme Court and handed Mr. Joseph and his allies a mixed result. He lost on some key points, but scored one win: The court ruled that Mr. Joseph’s organization had the right to file the suit on behalf of the public. Still, it was an instance in which Mr. Joseph arguably won a courtroom battle, but lost the war; more than 100 California cities have banned plastic bags.

Mr. Joseph speaks eloquently on the legal theories of his case against the tech companies. But, as much as that, he’s apt at using the courts to draw the eye of the public. As Peter Grande, the chief executive of Command Packaging, a Los Angeles company that makes plastic bags, put it: “He uses the legal system to get everybody’s attention.”