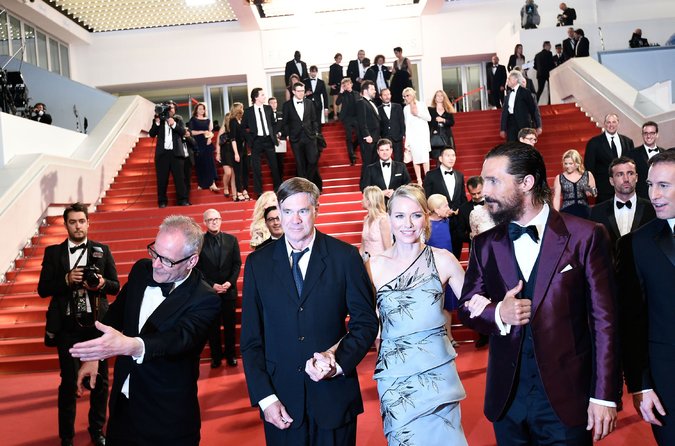 CANNES, France — Each evening, Thierry Frémaux, the director of the Cannes Film Festival, greets stars on the red carpet, smartly dressed in a Brioni tuxedo. But it is his work offstage during the year that makes him one of the most powerful — and scrutinized — figures in the film universe: selecting the films shown here each year.

Culling through some 1,800 films to select around 50 is a job that requires great aplomb and other qualities that Mr. Frémaux seems to possess: boundless energy, ruthless efficiency, a profound love of cinema and the diplomatic skills to contend with the inevitable pressures placed by Hollywood, the complex French cultural bureaucracy and directors themselves, pushing the fruits of their labor.

Not that Mr. Frémaux, 54, wants to acknowledge those pressures, and certainly not in the thick of the festival, which runs through Sunday. “First of all, there are no pressures. There’s love,” he said in a brief pause in his office here on Monday between screenings, parties and photo calls. He checked one of several cellphones.

“People believe in what they do,” he added. “They fight for what they do. And I find that normal.” His strategy in selecting each year’s mix “is to be sincere,” Mr. Frémaux said. “You make the decisions with your soul and your conscience with sincerity and with conviction, knowing that maybe you could be wrong. Nothing is ever sure.”

Filmmakers say they will never forget the moment Mr. Frémaux called to say their films had been chosen for Cannes. “It was beautiful,” said Xavier Dolan, the 26-year-old Quebecois director and actor who shared the jury prize for “Mommy” last year and is on this year’s jury, led by Joel and Ethan Coen.

Mr. Frémaux helped make Mr. Dolan’s career. When his 2012 film, “Laurence Anyways,” was chosen for Un Certain Regard, the section of the festival reserved for more challenging works, Mr. Dolan said he was upset because he had wanted it to be in competition. But he later realized Mr. Frémaux was trying to “protect” him, he said. “It was a very fatherly thing to do.”

The Berlin and Venice festivals have lost some wattage in recent years and Toronto is seen as increasingly North America-oriented. Cannes by contrast is “the one place that everybody wants to put their films,” said Kent Jones, director of the New York Film Festival, adding, “There’s a lot of pressure that is not experienced by any other festival.”

With power comes grumbling. Last year the festival opened with the rather flat “Grace of Monaco,” which starred Nicole Kidman and found an American home on the Lifetime channel. The latest edition of the festival opened with the French director Emmanuelle Bercot’s “Standing Tall,” about a troubled teenage boy. It was hailed for being only the second film directed by a woman to open the festival but criticized for being too grim for a glitzy opening night.

This year, “The Sea of Trees,” directed by Gus Van Sant and in the main competition here, was booed at the press screening and received some of the worst reviews of any Cannes film ever. Might that terrible reception make some Hollywood studios more skittish about unveiling films at Cannes, as it has been reported that some already are?

Mr. Frémaux doesn’t think so. “Hollywood is here. ‘Inside Out.’ ‘Mad Max.’ What more do you want?” he said, growing a bit irritable and referring to the new Pixar film (“Inside Out”) and the action film (“Mad Max”), both shown out of competition to critical success. Still, he added, without mentioning Mr. Van Sant, a Cannes regular: “My regret is if a film is here at Cannes and it doesn’t do it any good. That happens, too.”

Critics have complained that there are five French films out of 19 in competition this year, which is widely seen as a result of domestic pressure in France, where the festival is a cornerstone of the cultural landscape. (Prime Minister Manuel Valls and Culture Minister Fleur Pellerin have visited the festival this year.) Mr. Frémaux has also been criticized this year for not choosing “My Golden Days,” a critically acclaimed film by Arnaud Desplechin, for the main competition. It is instead showing in the parallel program Directors’ Fortnight.

During the year, Mr. Frémaux, an avid Twitter user and lifelong fan of his hometown soccer team, Olympique Lyonnais, travels the world looking at new films. He has said that he prefers a good commercial film to a bad art-house one. But he’s equally at home with more recherché films as well.

Straightforward and down to earth in a country obsessed with hierarchy, Mr. Frémaux was a judo champion while growing up in a middle-class family in Lyon, where he still lives half the week and has a second full-time job directing the Institut Lumière. After joining the Cannes film selection team in 1999, he became director of the festival in 2007, and observers note that he cannot please all of the people all of the time. Citing Mr. Frémaux’s martial arts experience, Jean-Michel Frodon, a former editor of Cahiers du Cinema and a critic for Slate.fr, said, “He knows how to deal with adversaries — not to fight back, but to use the strength of your adversary to win.”

Michael Barker, a co-president of Sony Pictures Classics, has brought many films to Cannes over the years, and said, “He not only has the connection with contemporary filmmakers, where they relate to him personally, professionally, artistically, across the board, but also his intimate engagement with the history of cinema is pretty astounding.”

On Monday morning, Mr. Frémaux bounded onstage to introduce “Cemetery of Splendor,” an entry in the Un Certain Regard section by the Thai director Apichatpong Weerasethakul.

“It’s my conviction as a viewer that I can love Apichatpong and I can love Pixar, but I don’t see them in the same way,” Mr. Frémaux said.

Asked in the past if he had ever had a bad year at the festival, he has said no and quoted Woody Allen: “It’s like sex. Even when it’s bad it’s good.”