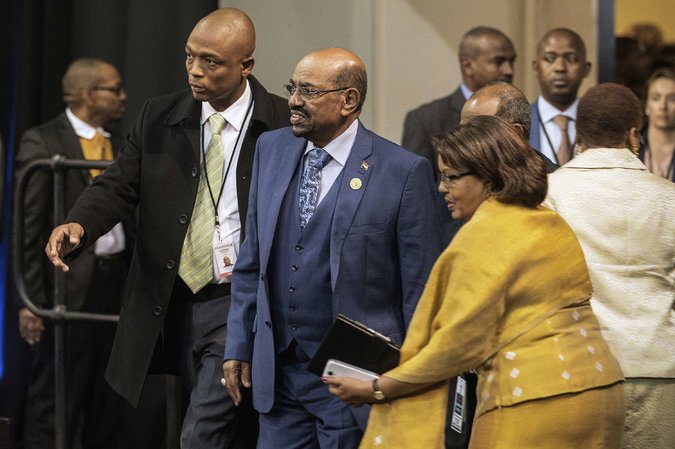 JOHANNESBURG — A South African court issued an interim order on Sunday to prevent President Omar Hassan al-Bashir of Sudan, the only head of state wanted by the International Criminal Court on genocide charges, from leaving South Africa.

The International Criminal Court in The Hague had called on South Africa to arrest Mr. Bashir, who was attending an African Union summit meeting here in Johannesburg. It demanded that the South African authorities “spare no effort in ensuring the execution of the arrest warrants” issued by the court against Mr. Bashir, who is suspected of having ordered atrocities in the conflict in the western Sudanese region of Darfur.

A South African high court was due to rule on the request on Monday after postponing a decision expected on Sunday.

Mr. Bashir’s charges and two arrest warrants against him are linked to the conflict in Darfur, where an estimated 300,000 people have died and more than two million have been uprooted by almost a decade of fighting between the government and rebels.

The International Criminal Court said it had “deep concern about the negative consequences for the court” if the arrest was not executed by South Africa, which as a member state it is obligated to do.

The South African government, which had yet to comment directly on the court’s demand, has maintained that heads of state enjoy immunity during the African Union summit meeting.

A smiling Mr. Bashir appeared at a photo opportunity Sunday with other African leaders in Johannesburg.

Mr. Bashir was indicted by the I.C.C. in 2009, which has hindered his ability to travel outside Sudan for fear of arrest. In April he canceled a trip to Indonesia to attend a meeting of nonaligned countries, reportedly after several countries refused permission for his plane to fly over them.

Mr. Bashir, who has been in power since 1989, was re-elected in April in an election that was boycotted by opposition groups and criticized by the United States and other Western countries for not taking place in a free and fair environment.

Sudan has been wracked by political divisions, as well as instability in Darfur and violence in provinces like South Kordofan and Blue Nile.

Last year Mr. Bashir called for a national dialogue to address the country’s political divisions, but so far talks with the opposition have not produced any agreement.