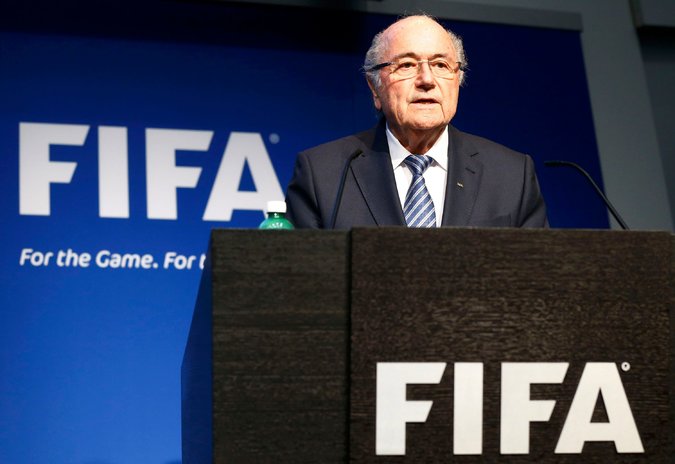 Sepp Blatter said Tuesday that he would resign from the presidency of FIFA in the wake of a corruption inquiry, an extraordinary turn just four days after he was re-elected and defiantly insisted that he was blameless and committed to cleaning up the organization.

Mr. Blatter, 79, said he would ask FIFA to schedule a new election for his replacement as soon as possible. The next FIFA congress is May 2016, but he acknowledged that the organization could not wait long for new leadership given the current situation.

“I appreciate and love FIFA more than anything else,” he said. “And I only want to do the best for FIFA.” Mr. Blatter declined to take questions after his remarks.

Mr. Blatter is regarded as the most powerful executive in sports, ruling FIFA autocratically while brushing off frequent accusations that the organization was corrupt. He has worked for FIFA since 1975, and has been president since 1998.

Domenico Scala of Italy, who leads the FIFA audit and compliance committee, will take the lead in managing the handover. He said reforms would include “fundamental changes” to the way FIFA is structured.

Mr. Blatter who was re-elected to his post just Friday, 133-73, said he would serve until a new election.

Mr. Blatter has been praised for extending soccer’s reach to less developed nations and raising the profile of the women’s game. But he has been dodging scandals almost from the moment he was elected.

Earlier Tuesday, FIFA responded to an article by The New York Times linking Jérôme Valcke, FIFA’s secretary general, to payments made in 2008 that investigators believe amounted to $10 million in bribes. FIFA said in a statement that the payments, which are at the center of a United States Department of Justice investigation that led to a 47-count indictment against soccer officials and sports marketing executives, were approved in 2007 by Julio Grondona. Mr. Grondona, who was the chairman of FIFA’s finance committee at the time, died last year.