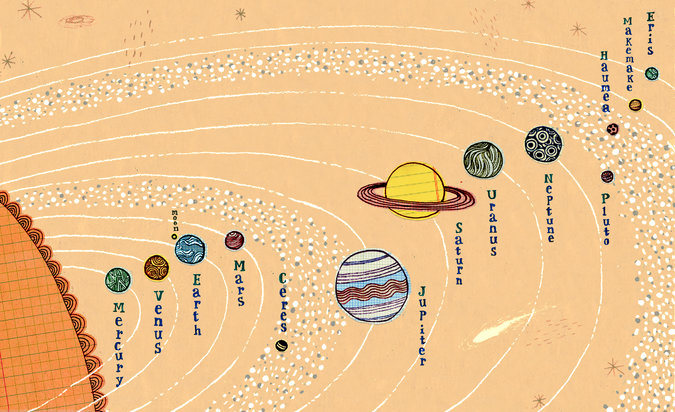 When Pluto was demoted from planethood, the trusty mnemonic “My Very Educated Mother Just Served Us Nine Pizzas” had to be retooled. But there are still those who are rooting for the dwarf planets to be considered actual planets, which would require a new mnemonic. It’s not just that P - for Pluto — would be added back but also C for Ceres, E for Eris, H for Haumea and M for Makemake, creating the new order: M-V-E-M-C-J-S-U-N-P-H-M-E. We asked our readers to submit their own mnemonics. Here are some of our favorites: