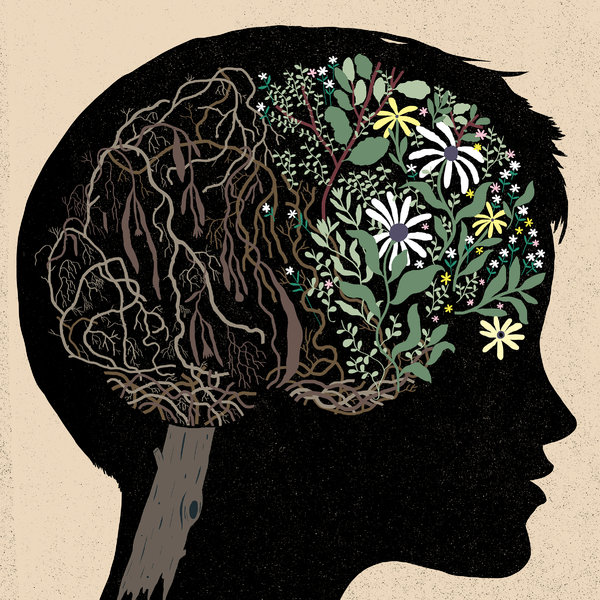 Behind all those canned compliments for older adults — spry! wily! wise! — is an appreciation for something that scientists have had a hard time characterizing: mental faculties that improve with age.

Knowledge is a large part of the equation, of course. People who are middle-aged and older tend to know more than young adults, by virtue of having been around longer, and score higher on vocabulary tests, crossword puzzles and other measures of so-called crystallized intelligence.

Still, young adults who consult their elders (mostly when desperate) don’t do so just to gather facts, solve crosswords or borrow a credit card. Nor, generally, are they looking for help with short-term memory or puzzle solving. Those abilities, called fluid intelligence, peak in the 20s.

No, the older brain offers something more, according to a new paper in the journal Psychological Science. Elements of social judgment and short-term memory, important pieces of the cognitive puzzle, may peak later in life than previously thought.

The postdoctoral fellows Joshua Hartshorne of M.I.T. and Laura Germine of Harvard and Massachusetts General Hospital analyzed a huge trove of scores on cognitive tests taken by people of all ages. The researchers found that the broad split in age-related cognition — fluid in the young, crystallized in the old — masked several important nuances.

“This dichotomy between early peaks and later peaks is way too coarse,” Dr. Hartshorne said. “There are a lot more patterns going on, and we need to take those into account to fully understand the effects of age on cognition.”

The new paper is hardly the first challenge to the scientific literature on age-related decline, and it won’t be the last. A year ago, German scientists argued that cognitive “deficits” in aging were caused largely by the accumulation of knowledge — that is, the brain slows down because it has to search a larger mental library of facts. That idea has stirred some debate among scientists.

Experts said the new analysis raised a different question: Are there distinct, independent elements of memory and cognition that peak at varying times of life?

“I think they have more work to do to demonstrate that that’s the case,” said Denise Park, a professor of behavior and brain science at the University of Texas at Dallas. “But this is a provocative paper, and it’s going to have an impact on the field.”

The strength of the new analysis is partly in its data. The study evaluated historic scores from the popular Wechsler intelligence test, and compared them with more recent results from tens of thousands of people who took short cognitive tests on the authors’ websites, testmybrain.org and gameswithwords.org. The one drawback of this approach is that, because it didn’t follow the same people over a lifetime, it might have missed the effect of different cultural experiences, said K. Warner Schaie, a researcher at Penn State University.

But most previous studies have not been nearly as large, or had such a range of ages. Participants on the websites were 10 to 89 years old, and they took a large battery of tests, measuring skills like memory for abstract symbols and strings of digits, problem solving, and facility reading emotions from strangers’ eyes.

At least as important, the researchers looked at the effect of age on each type of test. Previous research had often grouped related tests together, on the assumption that they captured a single underlying attribute in the same way a coach might rate, say, athleticism based on a person’s speed, strength and vertical leaping ability.

The result of the new approach? “We found different abilities really maturing or ripening at different ages,” Dr. Germine said. “It’s a much richer picture of the life span than just calling it aging.”

Processing speed — the quickness with which someone can manipulate digits, words or images, as if on a mental sketch board — generally peaks in the late teens, Dr. Germine and Dr. Hartshorne confirmed, and memory for some things, like names, does so in the early 20s. But the capacity of that sketch board, called working memory, peaks at least a decade later and is slow to decline. In particular, the ability to recall faces and do some mental manipulation of numbers peaked about age 30, the study found, “a fact difficult to assimilate into the fluid/crystalized intelligence dichotomy.”

The researchers also analyzed results from the Reading the Mind in the Eyes test. The test involves looking at snapshots of strangers’ eyes on a computer screen and determining their moods from a menu of options like “tentative,” “uncertain” and “skeptical.”

“It’s not an easy test, and you’re not sure afterward how well you did,” Dr. Germine said. “I thought I’d done poorly but in fact did pretty well.” Yet people in their 40s or 50s consistently did the best, the study found, and the skill declined very slowly later in life.

The picture that emerges from these findings is of an older brain that moves slower than its younger self, but is just as accurate in many areas and more adept at reading others’ moods — on top of being more knowledgeable. That’s a handy combination, given that so many important decisions people make intimately affects others.

No one needs a cognitive scientist to explain that it’s better to approach a boss about a raise when he or she is in a good mood. But the older mind may be better able to head off interpersonal misjudgments and to navigate tricky situations.

“As in, ‘that person’s not happy with all your quick thinking and young person’s processing speed — he’s about to punch you,’” said Zach Hambrick, a psychology professor at Michigan State University.

The details of this more textured picture of the aging brain are still far from clear, and social measures like the Reading the Mind in the Eyes test have not been used much in this kind of research, Dr. Hambrick and other experts said. And it is not apparent from the new analysis whether changes in cognition with age result from a single cause — like a decline in the speed of neural transmission — or to multiple ones.

But for now, the new research at least gives some meaning to the empty adjective “wily.”