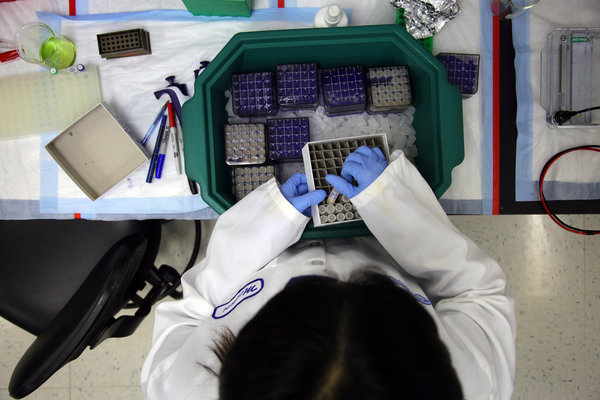 Johnson & Johnson is said to have prevailed in a bidding contest for Pharmacyclics, the developer of a cancer drug that some analysts predict will eventually become one of the best-selling treatments for that disease.

If completed, the deal would be the latest major acquisition in the health care industry and would culminate a remarkable turnaround for Pharmacyclics and its chief executive, Robert W. Duggan. Biopharmaceutical companies like Pharmacyclics have been especially popular takeover targets as drug companies try to stock their pipelines.

A formal announcement could come as soon as this week, people who were briefed on the matter said on Wednesday.

Pharmacyclics had a market value of about $17.5 billion as of Wednesday’s market close, though its shares rose substantially after The Financial Times reported that a deal was near.

The deal would make a takeover of Pharmacyclics the biggest deal for Johnson & Johnson since it acquired Synthes for over $21 billion in 2011.

Based in Sunnyvale, Calif., Pharmacyclics focuses on anticancer drugs. Its product is Imbruvica, a pill used to treat certain blood cancers. A one-month treatment can cost around $9,000 or more.

Pharmacyclics’ revenue was $730 million in 2014, compared with $260 million the previous year.

The acquisition cements a huge financial windfall for Mr. Duggan, the Pharmacyclics chief, who had no experience in pharmaceuticals when he took over the company in 2008, a year in which the stock dipped below $1 a share. It closed on Wednesday at $230.48; Mr. Duggan’s stake is worth about $3.2 billion.

Mr. Duggan had made fortunes investing in and helping run companies as varied as a maker of children’s embroidery sets, a cookie bakery and Computer Motion, a pioneer in robotic surgery, which became part of Intuitive Surgical.

He became an investor in Pharmacyclics in 2004 because he had a son with a brain tumor. The company was developing a drug for brain cancer that eventually failed to win approval from the Food and Drug Administration. Most of the company’s board resigned to allow Mr. Duggan and a slate of directors he proposed to take over.

Mr. Duggan thought about trying to revive the brain cancer drug, but the company instead concentrated on starting clinical trials for a compound it had acquired a few years earlier for only $6.6 million. That compound became Imbruvica, known generically as ibrutinib, which was approved late in 2013. It is used to treat chronic lymphocytic leukemia and some other rarer blood cancers.

It was not publicly known when that standstill agreement expires, but the agreement was voided if Pharmacyclics was approached by a third party seeking an acquisition.

At least one other company had made an offer for Pharmacyclics in recent days, and that approach might have paved the way for Johnson & Johnson to make its move.

Those deals largely stopped after the Treasury Department changed tax rules. Nonetheless, the pace of health care deals has continued to be brisk.