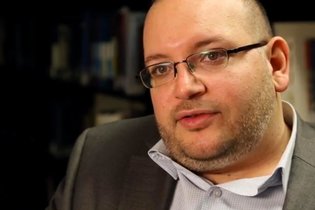 Jason Rezaian, the Washington Post correspondent incarcerated in Iran for nine months, has been charged with four serious crimes including espionage, his Iranian lawyer said Monday.

The newspaper’s executive editor, Martin Baron, denounced the charges, which are believed to carry a maximum penalty of 20 years in prison, as ludicrous.

The lawyer, Leilah Ahsan, released the information after having been permitted to meet with Mr. Rezaian for their first substantive discussion since his arrest last July.

Her disclosure provided the most detail yet in the case against Mr. Rezaian, whose imprisonment, interrogation and mistreatment in a penitentiary in Tehran have added tensions to the difficult relations between Iran and the United States.

According to Ms. Ahsan’s statement, which The Post said was written in Persian and provided by the family of the journalist, the charges also include “collaborating with hostile governments,” “propaganda against the establishment” and “collecting information about internal and foreign policy and providing them to individuals with malicious intent.”

The Revolutionary Court in Tehran that is overseeing Mr. Rezaian’s case has not officially announced the charges and has not set a trial date.

Ms. Ahsan, who has been permitted to read the case file against her client, said it presented no evidence to justify the charges against Mr. Rezaian.

“All of the items and accusations are the ones that I mentioned and I cannot divulge details because the trial has not yet begun,” she said in the statement.

Mr. Rezaian, a 39-year-old Californian of Iranian descent, has been The Post’s Tehran bureau chief since 2012. Before that he had worked in Tehran as a freelance reporter.

Mr. Baron, who has repeatedly protested what he has called the “Kafkaesque” prosecution of Mr. Rezaian, said the lawyer’s statement amounted to more evidence of his innocence.

“The grave charges against Jason that Iran has now disclosed could not be more ludicrous,” Mr. Baron said. “It is absurd and despicable to assert, as Iran’s judiciary is now claiming, that Jason’s work first as a freelance reporter and then as The Post’s correspondent in Tehran amounted to espionage or otherwise posed any threat to Iranian national security.”

Mr. Baron added, “Whatever its motive, Iran’s judiciary is presenting the claims that are transparently baseless.”

Mr. Rezaian, his wife, Yeganeh Salehi, and two other Iranians were arrested last July 22. Ms. Salehi, an Iranian who works for a United Arab Emirates newspaper, and the two others were released on bail and warned not to talk about the case.