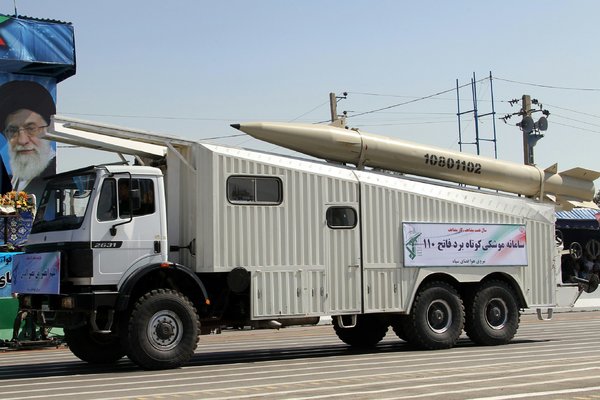 WASHINGTON — Iran has deployed advanced rockets and missiles to Iraq to help fight the Islamic State in Tikrit, a significant escalation of firepower and another sign of Iran’s growing influence in Iraq.

United States intelligence agencies detected the deployments in the past few weeks as Iraq was marshaling a force of 30,000 troops — two-thirds of them Shiite militias largely trained and equipped by Iran, according to three American officials. The officials spoke on condition of anonymity to discuss sensitive intelligence reports on Iran.

Iran has not yet launched any of the weapons, but American officials fear the rockets and missiles could further inflame sectarian tensions and cause civilian casualties because they are not precision guided. Their deployment is another dilemma for the Obama administration as it trains and equips the Iraqi military and security services to help defeat the Islamic State, but unlike Iran is unwilling to commit fighters and advisers who join Iraqi forces in the field.

One senior American military official who tracks classified intelligence reports said Iran had deployed Fajr-5 artillery rockets and Fateh-110 missiles and their launchers. Another senior American military official who also monitors sensitive government reports on Iran said the deployed weapons were similar to the Fajr-5 rockets and Fateh-110 missiles but were slightly different and had different names. The official offered no other details. The C.I.A. declined to comment.

Either way, American officials agreed that the Iranian missiles introduced a new level of advanced weaponry to the battlefield in Iraq, even as some experts questioned their usefulness at this stage in the battle for Tikrit. But the Fajr-5 rockets are the same weapons that Hamas has fired against Israel in recent conflicts. Hezbollah and the Syrian Army have also been using Iranian rockets and missiles for some time, military specialists said.

The second senior American military official said the Iranian missiles are “not a big deal at this point,” but then quickly added, “My concern, as with artillery and other non-precise weapons, is collateral damage if they employ them.”

There has been growing international pressure to avoid civilian casualties and revenge attacks on people or property in an operation by a mostly Shiite force in a hub of the so-called Sunni triangle. Appearing before the Senate Armed Services Committee on March 3, Gen. Martin E. Dempsey, the chairman of the Joint Chiefs of Staff, alluded to the deployment of the rockets and missiles when he said, “This is the most overt conduct of Iranian support, in the form of artillery and other things.”

General Dempsey also said that while the involvement of Iranian-backed Shiites in Tikrit could be “a positive thing,” he voiced concerns that “it will only be a problem if it results in sectarianism.”

That sentiment underscored the reality that even though American officials have deep reservations about Iran’s enduring role in Iraq, Iraqis need Iranian help in defeating the Islamic State.

“Are you concerned that Iran has basically taken over the fight?” Senator John McCain, an Arizona Republican who heads the Armed Services Committee, asked Defense Secretary Ashton B. Carter at the same March 3 hearing.

“Sectarianism is what brought us to the point where we are,” Mr. Carter replied. “And so I do look at it with concern. We’re watching it very closely.”

American officials say they believe Iran imported the rockets and missiles for the Tikrit operation because other artillery was not able to reach targets around the city in what has become a difficult, protracted battle. Even after weeks of fighting, Islamic State militants remained dug in on Monday in Tikrit and still controlled parts of the city against the much larger pro-government force.

And in a sign of how much this battle reflected the entire campaign against ISIS, Iraqi officials said they were pausing their offensive to summon reinforcements and to preserve property and civilian lives.

The Fajr-5 rocket and Fateh-110 missile launching systems are typically carried on a specially designed truck and are formidable additions to the Iraqi arsenal. Fajr-5 rockets, which are named after the Persian word for dawn, have a range of about 45 miles. Each is 20 feet long and weighs more than 2,000 pounds. The Fajr-5 warhead alone weighs 375 pounds.

It is unclear how many rockets and missiles the Iranians brought with launchers or how they would resupply their stockpile should the trained Iranian crews employ them, said one senior American military official.

The Fateh-110 missile is even more capable than the Fajr-5, military specialists said on Monday, but they questioned the need for them in Tikrit now that the battle has moved to close-quarters, urban combat, when unguided rockets and missiles are not as useful. “Generally speaking, these weapons are more effective at terrorizing civilians than providing fire support for ground operations,” said Jeffrey Lewis, a nonproliferation analyst at the Middlebury Institute of International Studies at Monterey. “That is how Hezbollah has used them. I don’t expect that either system will produce dramatically different results on the battlefield.”

Military specialists speculated that Iranians might have brought the weapons into Iraq with the idea that they would use them if they could not effectively advance on Tikrit, and now may be keeping them there with the expectation of using them in a future battle, perhaps for the city of Mosul.

Over all, the military specialists said it was not particularly surprising to see the Iranians deploying the advanced rockets and missiles to the fight in Iraq.

These officials said that the deployment builds on a pattern of assistance that Iran and its proxies have provided Iraq since 2004, and most recently accelerated in an effort to blunt the Islamic State’s momentum. Even as American warplanes provided cover, Iranian-trained Shiite militias last August broke a weeklong ISIS siege of Amerli, a group of farming villages whose Shiite residents faced possible annihilation.

In the Tikrit operation, General Suleimani was close at hand to help oversee the offensive led by Iranian-backed Shiite militia leaders that make up more than two-thirds of the pro-government force.

His leadership did not go unnoticed in Washington. “We are watching,” General Dempsey said.