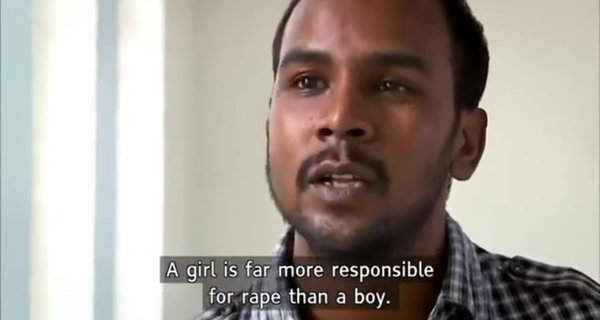 NEW DELHI — A British-made documentary about a grisly gang rape in India spread throughout social media on Thursday, thwarting official efforts to block it and gaining a wide audience despite a government ban.

A spokesman for YouTube in India, Gaurav Bhaskar, said that the company had agreed to a government request to block channels of multiple users who had uploaded the documentary. The original link on the BBC’s own web site was still available, he said. By Thursday night, the film had been viewed more than 100,000 times from that link, not including viewings from other sources.

For government regulators, the immediate challenge is to identify and remove links to the film, “India’s Daughter,” that were posted on social media, said Kuldeep Dhatwalia, a spokesman for the Ministry of Home Affairs, adding that officials from four ministries — overseeing law, broadcasting, information technology and external affairs — “have put their best heads together to find out the best course of action.”

The film set off a furor this week after publicity highlighted its most sensational element: a jailhouse interview with Mukesh Singh, one of the men convicted of the 2012 crime, in which he callously described the rape and said the victim was to blame for being outside after dark with a male friend.

Indian officials faulted the filmmaker, Leslee Udwin, for giving Mr. Singh, who is awaiting execution, a platform for his views. They said the interview was offensive to women and could incite a “law and order problem.” A court issued a restraining order that banned any broadcast of the documentary in India.

“How can you show something so abusive?” the Home Affairs Ministry spokesman said. “Everyone knows that this kind of abuse exists, but to show it in such an explicit manner?”

But critics of the decision pointed out that the government’s ban was backfiring, raising interest in the film rather than tamping it down.

Nikhil Pahwa, the editor of MediaNama, a firm that analyzes digital and telecom businesses in India, said such efforts often did not work. When government censors similarly banned the broadcast of a crude comedy show, viewership spiked. This phenomenon, which he called “the Streisand effect” — named for Barbra Streisand’s failed effort to suppress an aerial photograph of her home for privacy reasons, which only seemed to stoke interest — was in full force on Thursday.

The government of India is the “best promoter of the rape docu,” Shekhar Gupta, a journalist for India Today, wrote on Twitter.

The BBC showed the documentary Wednesday night despite an appeal from the minister of home affairs, Rajnath Singh.

“We had asked not to release the documentary, but BBC still released it,” Mr. Singh told NDTV, a news channel. “We will investigate, and the M.H.A. will take action accordingly.”

A spokesman for the BBC said the network did not post the documentary on YouTube or make it available outside Britain, and that the independent production company that made the film was taking steps to remove illegal uploads.

The last film to provoke a government reaction on this scale was about bloody religious riots in 2002, said Lawrence Liang, a lawyer based in Bangalore, India, who specializes in technology and copyright law. That ban required approval by a censorship board, making it a more straightforward task. Blocking websites is simpler than blocking countless links, Mr. Liang said.