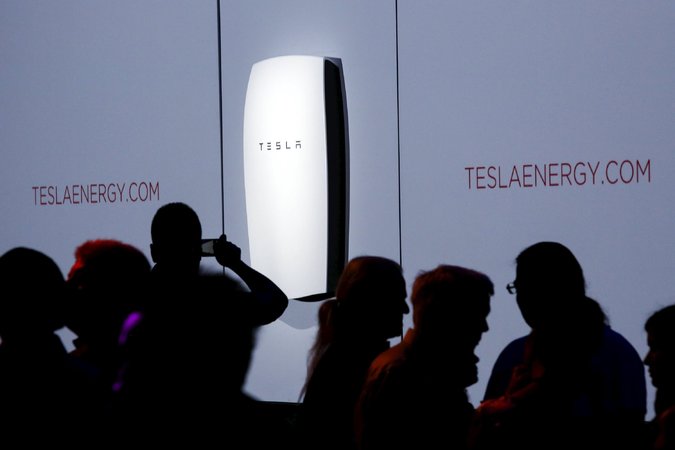 Christian Kasberger, a telecommunications engineer in the Austrian town of Waizenkirchen, wanted to reduce his family’s dependence on fossil fuels that help power the electrical grid. So last year he put a battery system in his garage, to store the energy produced by solar panels on his rooftop.

The battery is a bit larger than a small hotel minibar refrigerator, and it has become a talking point among his visitors.

“Everybody wants to have it,” Mr. Kasberger said by phone with a laugh.

Home batteries remain a novelty. Although increasing numbers of people have installed solar panels, few pair them with batteries, which remain expensive. Instead, they draw power from the electrical grid when the sun is not shining.

Heinz Hackl, a member of the management board of Fronius International, the Austrian company that made Mr. Kasberger’s battery system, estimated that just 500 home-battery systems exist in Austria. On the other hand, Germany, the global leader in solar-energy production, has about 18,000 home batteries, he said.

But the market seems poised for growth, particularly after a recent announcement by Tesla Motors, the American maker of electric cars, that it is entering the home-battery business, with relatively low prices.

“Tesla has certainly caught the attention of the world,” said David Dodge, the producer of a Canadian online series called Green Energy Futures.

Batteries can help homeowners shrink monthly bills from their electricity provider, or detach their homes from the electrical grid entirely. Usually the batteries complement solar panels. When the sun shines, the energy not used immediately is captured by the battery and stored for nighttime use.

But batteries are costly upfront, which is a main reason that many of the buyers so far tend to be green-energy or technology enthusiasts. Mr. Kasberger paid about 3,500 euros, or $3,900 at current exchange rates, for his Fronius battery system, but he got a special deal because, as one of Fronius’ earliest customers, he agreed to test the battery. The battery, which has a capacity of over seven kilowatt-hours, Fronius says, normally sells for about $2,200 per kilowatt-hour, a price that includes a smart meter and an inverter, which is a device that manages the electric current. (A kilowatt-hour is a unit of energy; a German household may use about 3,500 kilowatt-hours per year.)

In the United States, Tesla is set to sell a 10 kilowatt-hour, lithium-ion battery that is mounted on the wall for $3,500, and another lower-capacity model for $3,000. The batteries are expected to be available in Europe this year and in the Asia-Pacific region in early 2016, according to Khobi Brooklyn, director of global communications at Tesla. International pricing has not yet been announced.

The American prices amount to roughly half of the price of comparable batteries in Germany, depending on how the battery is used, according to Michael Sterner, a professor of energy storage at the Technical University of Regensburg. However, he noted that the price does not include an inverter. (In a partnership, Fronius is set to distribute an inverter to accompany Tesla’s battery in Europe, and Fronius will also continue to sell its own battery.)

Germany is a particularly promising market for battery makers like Tesla. Homeowners have a powerful incentive to store solar-generated electricity and use it for their homes, rather than sell it to the local grid — but only if batteries are cheap enough. That’s because homeowners there pay much higher prices to buy grid electricity than they can receive for selling the excess power, said Sam Wilkinson, a research manager for energy storage at IHS Technology, a global research company. Tesla’s low prices will make it more economical for German households to keep their own battery, said Mr. Wilkinson. Currently, solar power alone makes more economic sense than solar systems with a battery, but this will change as battery prices fall, he said.

“Tesla has first to prove that they can stay in the market at that price,” and also prove that its products are durable, he said.

Other companies are ramping up production of their own battery packs. For example, Kyocera Corporation, a Japanese electronics manufacturer, sells home energy-storage systems in Japan and Germany using Samsung lithium-ion batteries. The company plans to unveil a larger battery system, capable of storing 12 kilowatt-hours of energy, in Japan next month.

Economics aside, other hurdles still stand in the way of home batteries. Electric utilities, Dr. Sterner said, may not welcome the idea of former customers becoming more self-sufficient.

“As you plant your own tree to get your own apple, the apple industry will make losses,” he said.

Battery testers in Germany also fear the public-relations consequences if a low-quality battery catches on fire, he said. If a home burns down, people could avoid buying batteries. (Electric car batteries catching fire have jolted Tesla’s share price in the past, an issue that the company has addressed by adding an underbody shield.)

Those who have already installed batteries seem undaunted by the challenges of a new technology. Kelly Taylor-Faye, a resident of a small village in the central Canadian province of Saskatchewan, decided to go off the grid, partly because connecting to a utility power line would have cost about 15,500 Canadian dollars, or $12,900, at the time in 2009. So he and his wife added a type of lead-acid battery commonly used in the mining industry to store energy generated by their wind turbine and solar panels.

The batteries sit against their kitchen wall, one atop the other, and the whole system weighs about 2,000 pounds. About every two years, the Taylor-Fayes roll them over, to prevent the electrolyte from settling to the bottom. “We actually take our battery system apart, and flip them 180 degrees, then reconnect everything,” Mr. Taylor-Faye said. The system, which cost about 23,500 Canadian dollars, including the solar panels and wind turbine, has been cost-effective for their situation, he said.

But when the lead-acid batteries reach the end of their life in the next decade, Mr. Taylor-Faye plans to replace them with a Tesla version.

“Going off-grid took years of researching, learning and trying to match up parts and pieces to make an ideal system for what we required,” he said.

Tesla’s battery, he added, “helps make this type of technology much more approachable for the average family.”

Karl Kovacs, an information technology specialist in Edmonton, Alberta, designed and built his own battery backup system a few years ago, so that he could run his home for up to 12 hours in a blackout. The concept is not for everyone, he said: “A typical battery system is large, heavy and takes a lot of space.”

But for him, the availability of backup power is worth it.

“I want to be able to watch a movie when the power goes,” he said. “Nothing cheers up people more in a blackout than cranking up a movie.”