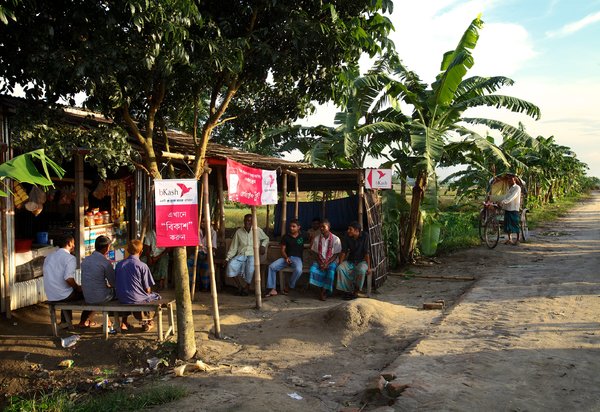 The Ebola crisis underscored a problem that vexes experts in global health: Vaccines are one of the most cost-effective ways to save lives, especially in developing countries, yet traditional vaccines can take years to develop.

So when the Bill & Melinda Gates Foundation came across CureVac, a biopharmaceutical company working on technology that could produce vaccines faster, cheaper and more effectively, it not only took note — it took a stake in the company.

The foundation, which has distributed billions of dollars in grants to improve health and living conditions in developing countries, is increasingly expanding its tool kit, using some of its capital to invest directly in companies that could help advance its goals.

The foundation has made about a dozen direct equity investments in companies over the last couple of years under the umbrella of program-related investing, as it is called in foundation circles. It backs ideas that others might deem too risky, or gains access to technology that might otherwise bypass the needs of the poor. Whereas most foundations use this kind of investing to provide loans for nonprofit entities, the Gates Foundation’s investment interests are primarily in the private sector.

“Early-stage investing allows us to tackle problems that we couldn’t tackle before,” said Julie Sunderland, who heads the program-related investments, which is run independently of the foundation’s $43.5 billion endowment.

Last week, the foundation made its largest such investment, a $52 million equity stake in CureVac, a 15-year-old company backed by Dietmar Hopp, co-founder of SAP. It has been developing a technology that uses the biomolecule mRNA to give the body instructions for creating its own proteins to fight cancer and infectious diseases. Cancer has been the company’s primary focus; it has a prostate cancer therapy in Phase 2 development, in which it is tested in patients for efficacy and safety. The foundation wants to ensure that the technology can be put to work preventing diseases that disproportionately affect the world’s poor.

The foundation’s chief executive, Sue Desmond-Hellmann, a medical doctor who was formerly president of product development for Genentech, was quick to point out that investing is just one tool for moving the needle on the foundation’s charitable causes. Nevertheless, the foundation has more than tripled the size of the program since it began with $400 million in 2009. It now has $1.5 billion on hand for loans, equity investments and volume guarantees.

“The way I look at it is, we are trying to solve some pretty hard problems, and we need to bring everything to bear,” Ms. Desmond-Hellmann said. “If we don’t involve private industry, we’re leaving out a powerful tool.”

Ms. Sunderland has expanded her team, which now has 15 investment specialists, including three former biotechnology venture capitalists. They are supported by the foundation’s in-house experts in fields as varied as microfinance and malaria, and they have direct access to Mr. Gates, who looks over every deal.

Though the foundation’s biggest area of focus has been in health care, it has used program-related investments in other areas, like education, agriculture and financial services for the poor. One such investment is bKash, a joint venture between BRAC bank in Bangladesh and Money in Motion, a United States firm, to offer a banking solution to the poor. The company, which the foundation initially financed with grants, lets users turn a basic mobile phone into a means of storing and transferring money. Rather than go to a bank branch, they deposit or withdraw money through merchants set up to offer bKash services.

Last year the foundation invested $11 million in bKash to, among other things, further build out its network of “human A.T.M.s,” now more than 110,000 merchants supporting 16.5 million customers and 70 million monthly transactions. “The impact of those small amounts is more than $100 million in the banking system that would have otherwise been in a mattress,” said Kamal Quadir, the chief executive of bKash.

To identify and appraise ideas, the foundation’s investment team works closely with program teams in education, global development and global health. If both groups agree on an idea’s potential, they form a deal team and pitch the idea to an investment committee that focuses solely on program-related investments.

“When we started the investment committee, people were so polite, they didn’t want to offend anybody,” said Ms. Sunderland, who had worked in private equity and advised foundations, governments and development institutions before joining the foundation in 2009. Now, she said, both sides have learned to ask tough questions, and the program teams have adopted many of the same processes for making grants.

Ultimately, the decision to move forward with a deal takes into account the social impact of an investment and its economic viability. “We are not rate-of-return investors, but we need to be conscious of this if we want co-investors who think about rate of return,” said Trevor Mundel, president of the foundation’s global health division.

While these deals resemble those made in the for-profit world, the bar is arguably higher. “In venture capital, you can have a successful exit even if the product ultimately fails,” Mr. Mundel added. “We don’t have that option. The things we invest in have to actually work.”

For the companies or venture capitalists considering an investment from the foundation, it is also a balancing act.

Entering a deal, the foundation makes clear the expectations tied to its investment dollars, said Kim Kamdar, a partner with Domain Associates, a venture capital firm that specializes in health care. When the foundation was looking to invest in one of her firm’s portfolio companies, Sera Prognostics, its board went through the pros and cons of working with the foundation, which is interested in using Sera’s technology to assess the risk of preterm birth in developing countries. In the end, Ms. Kamdar said, they welcomed the partnership.

“If you are truly looking at a global solution, you need access to samples all over the world,” she said. “The Gates Foundation can provide that and open a lot of doors for a company.”

Just as many venture capital firms are expected to do more than write a check, the Gates team will take on the role of strategic investor, working with companies on areas like research and business development.

“There is an embedded sensibility of how to get something done, even though their goals are slightly different,” said Terry McGuire, founding partner of the venture capital firm Polaris Partners. Not only does the foundation provide a relatively stable source of capital to emerging companies, he said, it has ties in academia, government and private industry.

“I don’t think we traded away anything in partnering with them,” said Steven Brugger, the chief executive of Affinivax, a start-up in Cambridge, Mass., that specializes in vaccines. “It’s a unique opportunity to build a company where you can develop vaccines that can be commercial blockbusters but also develop vaccines that can have a tremendous impact on the developing world.”

Yet under typical market economics, a company like CureVac would most likely focus on the most profitable applications. “You could be waiting a long time for some of these vaccines to come to fruition,” said Andrew Farnum, deputy director of program-related investments at the foundation. “We looked at this and said, ‘If this works, we want to be in on the ground floor and have broad access to all of our diseases.’”

By taking an equity stake to help CureVac build out its platform — and offering grants to support specific projects — the foundation can ensure that CureVac devotes some of its resources to making low-cost vaccines for the poor. At the same time, the company can commercialize and license these products while continuing its work in other areas, like cancer. “What our investment does is allow them to continue with their current plans and expand their focus,” Mr. Farnum said. “It allows them to do more.”

This is not to say that every private enterprise has jumped at the chance to work with the foundation. Companies have said no, Ms. Sunderland said, “and I’m pretty comfortable with that.”