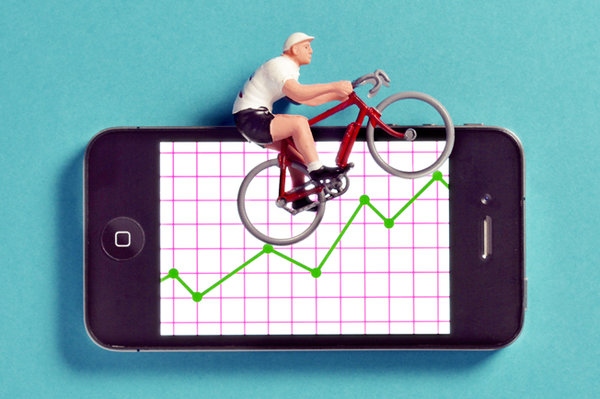 Not long ago, our blockbuster business books spoke in unison: Trust your gut. The secret to decision-making lay outside our intellects, across the aisle in our loopy right brains, with their emo melodramas and surges of intuition. Linear thinking was suddenly the royal road to ruin. Dan Ariely’s “Predictably Irrational” tracked the extravagant illogic of our best judgment calls. The “Freakonomics” authors urged us to think like nut jobs. In “Blink,” Malcolm Gladwell counseled abandoning scientific method in favor of snap judgments. Tedious hours of research, conducted by artless cubicle drones, became the province of companies courting Chapter 11. To the artsy dropouts who could barely grasp a polynomial would go the spoils of the serial bull markets.

No more. The gut is dead. Long live the data, turned out day and night by our myriad computers and smart devices. Not that we trust the data, as we once trusted our guts. Instead, we “optimize” it. We optimize for it. We optimize with it.

In 2007, when Barack Obama first visited Google’s headquarters as a candidate, he announced himself as less a torchbearer than a data connoisseur. “I am a big believer in reason and facts and evidence and science and feedback,” he told the Google crowd. “That’s what we should be doing in our government.” This was music to the company’s ears, as one of its proudest internal inventions was “A/B testing” — an optimization process, now widespread, that constantly tests design tweaks on us to see how they perform.

Dan Siroker, a Google employee, was so smitten with this rhetoric that he went to work on Obama’s campaign, creating an audience for electoral propaganda by optimizing the campaign’s “squeeze page,” which is where a site bilks visitors of their email addresses. Now Siroker is chief executive of Optimizely, a “web-testing firm” that doubles as the Oval Office for the ascendant ideology of everything-optimization.

Optimization sounds dignified and scientific, and sometimes it is, mindbogglingly so. But in lifestyle headlines it has become something less than common sense. In the last few years, The Huffington Post has doled out advice on how to “optimize” your three-day weekend, your taxes, your Twitter profile, your year-end ritual, your sex drive, your website, your wallet, your joy, your workouts, your Social Security benefits, your testosterone, your investor pitch, your news release, your to-do list and the world itself. I’m not giving away trade secrets when I reveal that, according to HuffPo, the Big Three ways to optimize your sex drive are: exercise, relax and don’t drink too much. Equally snoozy is the optimization strategy for a three-day weekend: Plan well and turn off your phone.

Like the best corporate argot, “optimize” is back-formation. Some uses seem to have derived from the Latin optimus, which the poet Horace used to mean “morally good and indifferent to trivia.” But others appear to come from “optimist” — which is rich, given that optimizers consider themselves cold-eyed realists. If they want to improve anything, it’s not America’s topsoil or fellow-man stuff but rather something more Ayn Randian: efficiency, maybe, or performance.

Optimization addresses itself not to our inner hero but to our inner bean counter. Perhaps the reason it has such appeal is that it doesn’t require Olympian talent or Randian ambition. To do it, you need only to have a computer or to evince a computer-like immunity to boredom. All of that data — the insight that, say, 70 percent of three-day weekends suffer when 10 percent less planning is done — must intrigue you. You feel better in the mornings when you take B vitamins the night before, but only when you’ve ingested dairy products at the same time? Whoa, there: Your ingenuity as an optimizer now lies in your capacity to recognize this as a data bonanza.

On the web, “optimizing” has become a fine art — and, if not a dark art, at least a dim one that has become dimmer (and finer) since Siroker did it for Obama in 2007. For years, search-engine optimization, or S.E.O., has turned web pages into Googlebait. These days, optimizers of squeeze pages, drawing lessons as much from the labcoats at Optimizely as from the big daddies at Google, recommend creating a three-to-10 minute video that’s introduced by a “magnetic headline” (“Find the Perfect Lampshade for Any Lamp”) and quickly chase it with an “information gap” like “You’re Not Going to Believe the Trick I Use While Lampshade Shopping.” (Article of faith among optimizers: humans find information gaps intolerable and will move heaven and earth to close them.) Next you get specific: “Click the play button to see me do my lampshade trick!” — after which the video unspools, only to stall at the midpoint with a virtual tollbooth. You can’t go on unless you hand over an email address. Presto.

A sucker is optimized every minute.

For optimizers, all values flatten: There’s optimal at one end and the dread suboptimal at the other. This can be freeing for those who get worked up by emotional, political or moral language. In theory, through optimization, arguments can be dispassionately adjudicated and then resolved without tears. You find Inkwell, the true black-and-white Instagram filter, beautiful? Sorry: Instagram photos filtered with the purplish monochrome Willow get way more hearts than Inkwell photos. I’m just saying. I mean, it’s just data.

Earlier this month, when Hillary Clinton defended her use of a personal email account for communications of state, she refused to acknowledge an ethical breach — only a optimizational one. “Looking back, it would have been better for me to use two separate phones and two email accounts,” she said. “I thought using one device would be simpler, and obviously, it hasn’t worked out that way.” Her choice was neither right nor wrong, then, neither honest nor sinister. It was merely, as the blog TechPresident put it, “less than optimal.”

For anyone in hot water, forgoing apologies in favor of something that sounds neutral and data-based is an excellent way out. But the practice of optimizing — and thereby framing everything from friendship to sex to weekends to wallets as optimizable — may itself have troublesome implications. The rise of “optimize” during the 20th century parallels the rise of Taylorism, whose adherents increased industrial production by treating humans like machines. Then, in the totalitarian Soviet Union, “optimizing” really turned pernicious.

“Of course it is sinister,” wrote Andrew Meier, the author of “The Lost Spy: An American in Stalin’s Secret Service,” via email. “It’s venomous, even. Stalin is all about optimization. Take the gulag, the greatest example, and achievement, of Soviet optimization. The lords of the gulag had charts and charts re: minimum food intake and maximum work output.”

Maximum work, minimum food. Such was optimization pre-Google. A grim application, perhaps, but we shouldn’t be surprised that the systems-obsessed Soviets possessed the will to optimize early on. In “Red Plenty,” a novelized history of the Bolshevik promise of abundance, Francis Spufford explains Moscow’s real “potato-optimizing program” of the 1960s. To get potatoes into the hands of as many Muscovites as possible and thus create the impression of agricultural bounty, a B.E.S.M. mainframe — Large Electronically Computing Machine, in English — churned through 75,000 variables, subject to 563 constraints. Spufford spells out why optimization and computers grew up together: “This problem is out of reach of fingers and slide rules. But thanks to computers, thanks to the B.E.S.M.’s inhuman patience at iterating approximate answers over and over again, it is a problem that can be solved.”

The Large Electronically Computing Machine, with its remarkable capacity for optimizing, was the direct precursor of our own data-amassing and refining machines. B.E.S.M., after all, was built on the math of Leonid Kantorovich, the economist and Nobel Laureate who is widely considered the father of linear programming. Not long after that, in the United States, George Dantzig made complementary discoveries in linear programming and developed the simplex algorithm. In 1973, Dantzig, who also won a Nobel Prize, founded the Systems Optimization Laboratory at Stanford, which is now about a 12-minute drive from the Google headquarters in Mountain View, Calif. — America’s lead producer of data, algorithms and optimization.

The Apple Watch, which arrived on March 9 to the sort of popular rubbernecking that new machinery occasioned in the 1930s, is a Very Small Electronically Computing Machine with some prodigious optimizing chops. After time keeping, the watch’s chief feature is “fitness tracking”: It clocks and stores physiological data with the aim of getting you to observe and change your habits of sloth and gluttony. Evidently I wasn’t the only one whose thoughts turned to 20th-century despotism: The entrepreneur Anil Dash quipped on Twitter, albeit stretching the truth, “Not since I.B.M. sold mainframes to the Nazis has a high-tech company embraced medical data at this scale.”

And yet what attracts me to the Apple Watch are my own totalitarian tendencies. I would keep very, very close tabs on the data my body produces. How much I eat. How much I sleep. How much I exercise and accomplish. I’m feeling hopeful about this: If I watch the numbers closely and use my new tech wisely, I could really get to minimum food intake and maximum work output. Right there in my Apple Watch: a mini Gulag, optimized just for me.