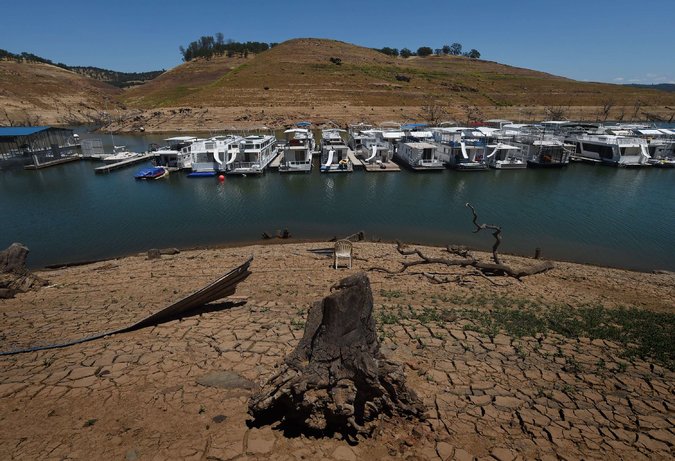 WASHINGTON — In the absence of global action to curb greenhouse gas emissions, Americans by the end of the century may have to pay as much as $3.1 billion in damages caused by rising sea levels and up to $180 billion in economic losses because of drought and water shortages, according to a report released Monday by the White House and Environmental Protection Agency.

White House officials said that the report, which analyzes the economic costs of a changing climate across 20 sectors of the American economy, is the most comprehensive effort to date to quantify the impacts of global warming.

The report comes as President Obama is trying to build political support both at home and abroad for an ambitious climate change agenda. During the president’s six and a half years in office, the E.P.A. has released a series of regulations and legal decisions aimed at reining in planet-warming greenhouse gases from cars, trucks, power plants and airplanes. Mr. Obama hopes to use those regulations as leverage to broker a United Nations accord in Paris this December that would committ all nations to enacting similar emissions cuts.

The report, “Climate Change in the United States: Benefits of Global Action,” uses existing scientific and economic studies on the projected impacts of unchecked global climate change emissions. It compares those to a scenario in which global emissions are reduced enough to prevent a rise in average atmospheric temperatures of 2 degrees Celsius, or 3.6 degrees Fahrenheit, the point at which scientists say the planet will be locked into an irreversible future of rising sea levels, stronger storms, extreme drought, food shortages and other damages.

The report was conducted by the E.P.A.’s Office of Atmospheric Programs along with researchers from the Massachusetts Institute of Technology and national scientific laboratories run by the Energy Department. The results were peer reviewed in scientific literature, and the summary report was independently reviewed by seven external independent experts.