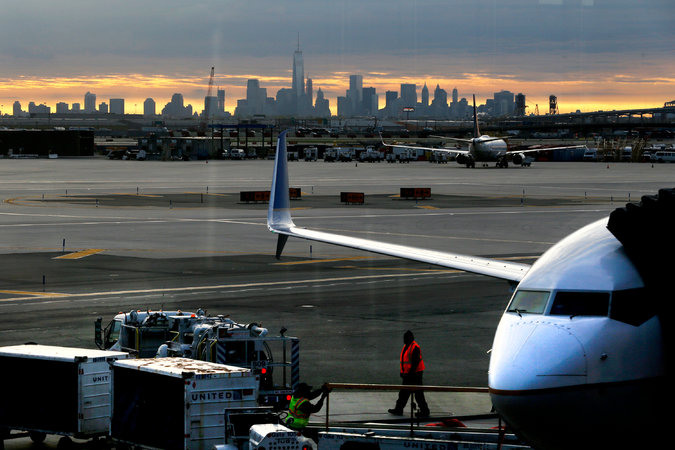 WASHINGTON — The Obama administration is set to announce that it will require new rules to cut emissions from airplanes, expanding a quest to tackle climate change that has included a string of significant regulations on cars, trucks and power plants.

The Environmental Protection Agency is expected to report as early as Friday its conclusion that greenhouse gas emissions from airplanes endanger human health because they significantly contribute to global warming, although people familiar with the agency’s plans said the announcement could slip into next week.

That announcement, known in legal parlance as an endangerment finding, will prompt a requirement under the Clean Air Act for the agency to issue new regulations to reduce airplane emissions. The agency is expected to limit the rule to commercial aircraft, leaving out small craft and military planes.

Under the 1970 Clean Air Act, the federal government is required to regulate all pollutants that are found to endanger human health. The E.P.A. put forth similar endangerment findings on emissions from vehicles and power plants before issuing new regulations on them, and those findings have held up in court.

The new rules, which have been furiously opposed by regulated industries and Republicans, have emerged as a hallmark of President Obama’s environmental legacy. Republicans have called the new rules an example of government overreach that will cost jobs and stifle the economy.

But environmentalists have praised Mr. Obama’s aggressive use of the Clean Air Act in the face of resistance by Congress as the strongest actions by any president to fight climate change.

“Aircraft are the largest remaining unregulated source of greenhouse gas emissions from the transportation sector and can only be regulated by the federal government,” said William Becker, executive director of the National Association of Clean Air Agencies. “This presents President Obama with a tremendous opportunity to demonstrate leadership not only domestically but, indeed, around the world.”

But regulating such pollution from commercial airplanes could present major legal and engineering hurdles.

Mr. Obama’s earlier regulations on cars, big trucks and coal-fired power plants have all created technical challenges. His rules on reducing emissions from cars have forced American automakers to aggressively step up research and development of electric, hybrid and other fuel-efficient vehicles. His rules on trucks are intended to do the same for that industry, and his regulations on power plants are meant to transform the American electricity sector, moving it from fossil fuels to renewable sources such as wind and solar.

It remains to be seen whether those goals, and the new ones for aircraft, will be met.

Because of the challenges of drafting a regulation that applies to an industry with an international scope, some people familiar with the process of creating the airplane rule said it could be less aggressive than Mr. Obama’s other signature climate change directives.

The E.P.A.’s finding would lay the groundwork for the United States to adopt the emissions standard being negotiated by the International Civil Aviation Organization. That group aims by next year to set new emissions standards for airlines, which have said that national rules would do little to curb emissions, given the industry’s global reach.

Airlines say that new aircraft with more energy-efficient engines have already helped lower emissions per flight. However, the growth of the industry means that airline emissions have been growing steadily over all.

Aircraft makers have pushed for any new standards to be developed by the aviation organization and then adopted by member countries.

“As aviation is a global industry, with airlines and aircraft operators operating internationally and aircraft manufacturers selling their aircraft in international markets, it is critical that aircraft emissions standards continue to be agreed at the international level,” said Jean Medina, a spokeswoman for Airlines for America, a trade group. “Any regulatory action E.P.A. takes must be consistent with both the agency’s authority under the Clean Air Act, as well as the expected I.C.A.O. standard.”

Jetliners today are about 70 percent more fuel efficient per seat mile than they were in the 1960s, according to the Air Transport Action Group, an industry organization. The group said its members aimed to increase their fleet fuel efficiency by 1.5 percent a year through 2020.