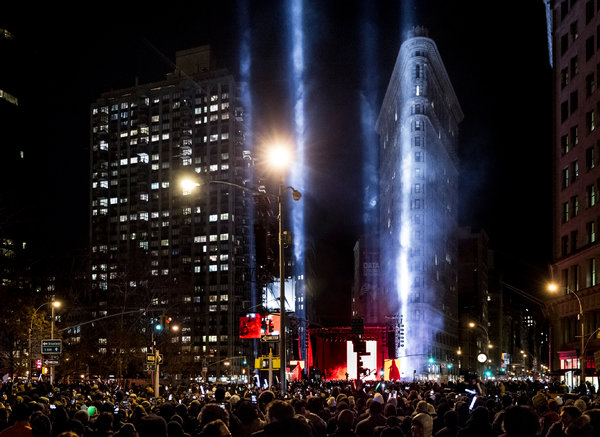 Kanye West’s debut album, “The College Dropout,” ends with a rambling recitation, “Last Call.” In it, he recalls the conspicuous consumption of his younger years: “Get a Pelle Pelle off layaway, get some Jordans or something/Or get a TechnoMarine, that’s what we wore back then.”

Drake, certainly, was listening. “I had a yellow TechnoMarine/Then Kanye dropped, it was Polos and backpacks,” he raps on “Know Yourself,” from “If You’re Reading This It’s Too Late,” the mixtape that he released as a surprise late Thursday night. It’s his first full-length project since his third album, “Nothing Was the Same” (Young Money/Cash Money/Republic), more than a year ago.

Kanye West is 37. Drake is 28 and the first true post-Kanye superstar. Drake was 17 when Mr. West released that debut album, and his career has been built on Westian principles, even as he’s charted his own largely unprecedented course. Mr. West went a long way toward shaking off hip-hop’s deeply woven assumptions about toughness; when Drake took his turn, he just went ahead and put feelings first.

But hip-hop success has made Drake more raw, more leathered and more aggrieved. Now he toggles between tender embrace and a Heisman pose, arm firm and extended and keeping the enemies at bay.

That Drake dominates this moody and icy new mixtape, an artist who is adjusting to his success as he goes. “They never told me when you get the crown/ It’s gonna take some getting used to,” he raps on “Used To.”

But his head isn’t heavy, it’s standing at attention, eyes keenly focused on everything around him as it changes. He’s always been a keen watcher; now he’s a keen responder too, as in “No Tellin’ ”: “Please do not speak to me like I’m that Drake from four years ago, I’m at a higher place/ Thinking they lions and tigers and bears, I go hunting, put heads on my fireplace.”

In these songs, his public celebrity and his private affairs all bleed into one. The cozy “You and the 6” is a song written to his mother, an apology and an explanation from a sometimes wayward son. “I got enemies, I got a lot of enemies/ Got a lot of people trying to drain me of this energy,” he raps on the muscular but exhausted “Energy.”

Drake is also the poet laureate of the social media era, writing incisively about how technology makes connections and then breaks them. “Whenever they say something about us you listen,” he tells a lover on the heartbeat-soft “Jungle,” urging her to forget “what they talkin’ about on your timeline/ That’s cutting all into my time with you.”

Throughout his career, Mr. West has made albums that are grand aesthetic statements with consistent moods. Drake does as well, but he’s used mixtapes and other songs to create a narrative arc that’s less linear. (Even his tossed-off songs have legs: “0 to 100/The Catch Up” was released almost offhandedly last summer, and ended up nominated for two Grammys this year.)

In 2013, Mr. West released “Yeezus,” a harsh, industrial, spare record that recast the flamboyant pop provocateur as a man raging his way out of the machine. While Drake has always preferred moodier music than Mr. West, there are a few post-“Yeezus” production gestures on “If You’re Reading This It’s Too Late,” like on the clangorous “Company” and “Madonna.”

There is also a touch of frenzy on this mixtape, full of swaggering, kinetic rapping, like on “10 Bands” and “No Tellin.’ ” Part of the burden of bringing softness to hip-hop’s center is the perpetual urge to balance it with something rougher. That’s the phase Drake is in now: on top, defending his turf, while trying to keep his heart pure.

While Drake has been chafing within hip-hop, Mr. West has been chafing outside of it. For years he’s been designing clothes — sometimes on his own, sometimes in collaboration with companies like A.P.C. and Nike. Fashion has given Mr. West a whole new set of obstacles to overcome, assumptions to undo.

And yesterday, he, too, made a loud statement. He performed a free outdoor concert near Madison Square Park, and also as part of New York Fashion Week, he showed a presentation of his first full collection, made in collaboration with Adidas, to a front row that included Beyoncé and Jay Z, Rihanna, the Vogue editor Anna Wintour, the designer Alexander Wang, and more.

The clothes were utilitarian, the sorts of high-minded leisure pieces that Mr. West himself wears almost as a day-to-day uniform. As a statement of vision, the show was clear and thoughtful, a blend of the accessible and the challenging.

In a message delivered over the loudspeakers at the beginning of the presentation, Mr. West railed once again at the doors that were shut in his face, and spoke heartwarmingly about his reason for pushing against them until they fly open: “I want people to feel like it’s O.K. to create and follow what their dreams are and not feel boxed in. I want people to feel like awesome is possible.” Off at the side of the room, you could see Drake. He was listening closely, and nodding along.