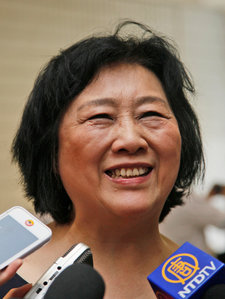 HONG KONG — Gao Yu, a veteran Chinese journalist tried nearly five months ago on charges of revealing state secrets, will receive a verdict this week after the court twice postponed giving a judgment, one of her defense lawyers said on Monday.

Ms. Gao, 71, faced trial in November, when she fought the prosecutors’ charge that she had illegally disclosed state secrets. Details of the accusations made public by state-run media indicated that Ms. Gao was accused of giving an overseas Chinese news outlet, the Mirror Media Group, a directive widely believed to be from Communist Party leaders that ordered an ideological offensive against advocates of constitutional democracy, universal human rights, independent media, and other ideas deemed subversive. The Mirror Media Group denied that it had received the document from Ms. Gao.

Ms. Gao was detained by the police in Beijing in April 2014, a year after the directive, called “Document No. 9,” was issued within the party. Details of the document appeared on many Chinese websites.

The Beijing No. 3 Intermediate People’s Court will announce its verdict on Friday after twice putting off a decision, Mo Shaoping, a lawyer for Ms. Gao, said by telephone from Beijing. Chinese courts come under Communist Party control, and rarely find defendants innocent, especially in politically charged cases like this one. But Mr. Mo said he found it difficult to guess the verdict because it was unusual for a court to delay for so long.

“It’s rare for a verdict to be postponed twice,” he said. “Postponing means the court couldn’t reach a verdict in the stipulated time.”

Ms. Gao has been detained before, including for a period of more than a year after the armed suppression of pro-democracy demonstrations in Beijing in June 1989. In 1993, she was again held, on charges of leaking state secrets based on articles she had written for Chinese-language publications overseas; the next year she was convicted and sentenced to six years in prison. She was released on medical parole in 1999.