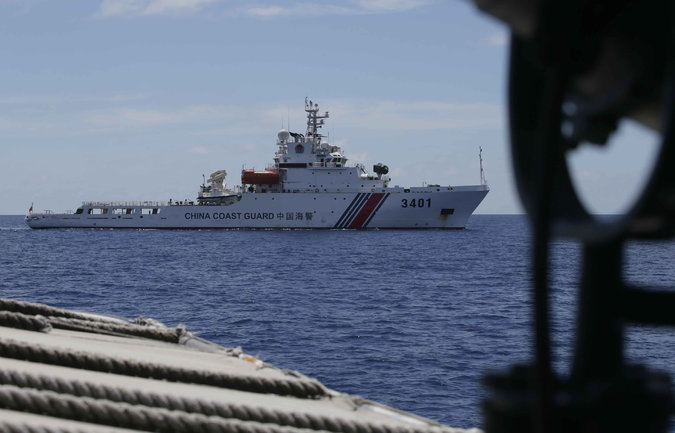 BEIJING — China is rapidly building Coast Guard ships, the vessels that China most commonly uses for patrols in the South China Sea, and in the last three years has increased the number of ships in that category 25 percent, a new report by the United States Navy says.

China has the world’s largest Coast Guard fleet, with more such ships than its neighbors Japan, Vietnam, Indonesia, Malaysia and the Philippines combined, the report shows.

The unclassified assessment of the Chinese Navy, the first in nine years by the United States Navy’s Office of Naval Intelligence, says the rapid modernization over the last 15 years is yielding dramatic results.

The Chinese Navy is “on track to dramatically increase its combat capability by 2020 through rapid acquisition and improved operational proficiency,” the report says.

In 2014, China began construction on, launched or commissioned more than 60 vessels, and a similar number of ships were planned in 2015, it said, adding: “In 2013 and 2014, China launched more naval ships than any other country and is expected to continue this trend through 2015-16.”

The United States Navy faces growing competition from China in the Pacific Ocean, and Washington has become increasingly concerned about China’s maritime power as it undertakes massive reclamation works to create artificial islands in contested areas of the South China Sea.

The new islands were to serve a variety of purposes, among them the establishment of defensive military capabilities in the waterway, one of the busiest trade routes in the world, China’s Foreign Ministry said Thursday.

The Navy report noted that despite its slowing economy, China had continued its double-digit increases in military spending, announcing in March a military budget of $141.5 billion, a rise of 10 percent.

In keeping with President Xi Jinping’s goal to make China a great maritime power, China will have a much more robust navy with far greater reach in the coming decade with multiple aircraft carriers (China has only one so far), ballistic missile submarines and, potentially, a large-deck amphibious ship. At the moment, the report says, the Chinese Navy is built around destroyers, frigates and conventional submarines.

The report confirms recent announcements in the Chinese state-run news media that China has deployed the YJ-18, a new generation supersonic antiship cruise missile that could present unprecedented challenges to the air defenses of American and allied ships, said Andrew S. Erickson, an associate professor at the United States Naval War College in Rhode Island.

“Everyone serious about understanding Chinese military capabilities must familiarize themselves with this missile,” Mr. Erickson said.

An article in China Daily said last week that three “cutting-edge nuclear-powered attack submarines” had been manufactured by China and that one of them, referred to as the Type-093G, had a wing-shaped cross section designed to improve speed and mobility and to reduce noise. That submarine carried a vertical launcher capable of delivering China’s latest YJ-18 supersonic antiship cruise missile, the article said.

In the past, China had received antiship cruise missiles from Russia, but now China is making them at home and fielding them in greater numbers, said Lyle J. Goldstein, an associate professor in the China Maritime Studies Institute at the United States Naval War College.

“This missile, and its air-launched cousin, the YJ-12, are major threats to the U.S. Navy,” Mr. Goldstein said. “The major increase in speed makes the missile much harder to intercept.”