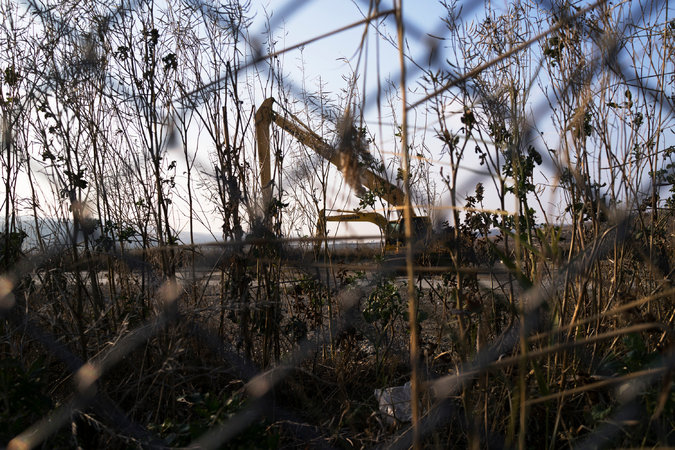 LONDON — Chevron said on Friday that it would abandon efforts to find and produce natural gas from shale rock in Poland, in perhaps the biggest setback yet to fledgling efforts to start a European shale oil and gas industry that might help replace the region’s dwindling fuel resources.

Shale development in the United States has been one of the reasons the American energy industry has experienced a renaissance in recent years — so much so that it has contributed to the global glut now depressing oil prices. But Europe, heavily reliant on imported fuel, has had trouble getting started with shale, for geological, environmental and political reasons.

Chevron announced it was abandoning the Poland project the same day the company reported that its earnings for the fourth quarter of 2014 fell nearly 30 percent compared with a year earlier, to $3.5 billion. The company blamed lower oil prices for much of the damage.

Among the international oil companies, Chevron made the largest commitment to shale efforts in Europe, focusing on the east. It drilled several exploratory wells in Poland and Romania, while also signing agreements in Ukraine and Lithuania.

Chevron said in a statement that it would not continue operations in Poland “as the opportunities here no longer compete favorably with other opportunities in Chevron’s global portfolio.” The company said it was still assessing the results of its exploration well in Romania.

Chevron, which had already pulled out of Lithuania, continues to maintain an office in Ukraine. But that operation is at an impasse with the government in Kiev.

Chevron’s withdrawal from Poland reflects the pressures on all oil companies to trim spending after the recent 60 percent fall in oil prices. But efforts in Europe also have been frustrated by obstinate geology and stiff public opposition on environmental grounds. Shale gas and oil extraction often involve the technique known as hydraulic fracturing, or fracking.

Fracking involves blasting water, sand and chemicals into underground rock formations to unlock oil or gas. It is a controversial drilling process because environmentalist groups fear it poses risks to the soil and groundwater, and to human health.

Over all in Europe, the shale story is one of much talk and little action. In Britain, where the government of Prime Minister David Cameron has tried to kick-start the industry, drilling efforts have run into the skepticism of local planning departments as well as occasionally vociferous protests.

France, which has promising geology, has kept a ban on fracking. Germany, also considered a potential shale center, has not yet agreed to allow the exploration necessary to confirm whether the country’s geology is as promising as hoped.

Shale gas and oil have turned around the energy industry in the United States, helping to increase domestic oil product by about 80 percent in the last seven years.

But few other countries have the ingredients that have made shale work in North America, like a land ownership system that rewards owners for production of what lies beneath their holdings. In addition, the United States has a fiscal and legal system that encourages production and issues timely permits. It also has a mature oil and gas services industry that is available to provide services like drilling and hydraulic fracturing quickly and at modest cost.

In its financial results on Friday, Chevron said earnings at its core exploration and production unit fell $2.2 billion in the fourth quarter compared with a year earlier, offsetting an improving performance in marketing and refining.

Chevron is the latest company to leave Poland. Exxon Mobil, Eni of Italy and some smaller companies had already pulled out.

At the beginning of this decade, Poland looked like the country with the best opportunity in Europe to put the lessons learned in the United States to work. While there had been little exploration drilling in Poland, the country had large shale formations that in theory seemed likely to produce large quantities of natural gas. In addition, the country had political incentives to develop a domestic shale industry to reduce its dependence on gas from Russia.

But so far Poland has added up to a costly learning experience. Sixty-eight wells have been drilled in search of shale resources. But none are in production, according to Grzegorz Pienkowski, a director of the Polish Geological Institute in Warsaw.

In an interview, Mr. Pienkowski said that the rocks that drillers encountered proved to be difficult to work. Unlike shale formations in the United States, which are fragile and easily fractured because of calcium carbonate content, Polish shale was plastic and difficult to fracture. In addition, some of the structures had clay material that swelled upon encountering water, gumming up the flows.

Mr. Pienkowski noted that the wells drilled in Poland so far amounted to a tiny fraction of those drilled in the United States, and he said that the few drillers remaining in the game now knew how to better target their efforts, giving some hope of future success.

Mr. Pienkowski conceded that at best Poland was likely to have some “isolated” production areas rather than one big continuous shale belt as originally hoped. The industry has learned “a tough lesson that cost a lot of money.”