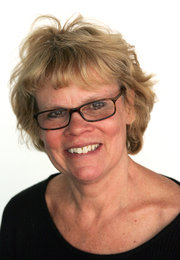 Barbara Strauch, a reporter and editor who wrote two books about the brain and directed health and science coverage for The New York Times for a decade, died on Wednesday at her home in Rye, N.Y. She was 63.

The cause was breast cancer, her husband, Richard Breeden, said.

Before joining The Times, Ms. Strauch (pronounced STROWK) ran the Newsday team that won the 1992 Pulitzer Prize for spot news for its coverage of a midnight subway derailment in Manhattan that left five passengers dead and more than 200 injured.

Hired by The Times after New York Newsday ceased publication in 1995, Ms. Strauch worked on the national desk, edited business coverage of the New York metropolitan area and was media editor. She joined the paper’s science department as an assistant editor in 2000.

Appointed health editor in 2004, Ms. Strauch supervised coverage of a rapidly changing health care industry, tracking advances in pharmaceutical research, the rising costs of health care, debates over health insurance coverage and the politics of medical care, as well as the changing roles of doctors and hospitals. She was named science editor in 2011, overseeing all health and science coverage in the daily news report, as well as in the weekly Science Times section. She held that post until this month.

As science editor, Ms. Strauch oversaw the introduction of the popular Well blog and a number of well-regarded projects, including “Chasing the Higgs,” about the race between two teams of researchers to discover the Higgs boson, sometimes called “the God particle.” It was a Pulitzer finalist in 2014. Other projects examined patient care, treating children with mental illness and the struggles in cancer research.

“Barbara’s stewardship of the science section was the capstone to an extraordinary career in journalism,” Dean Baquet, the executive editor of The Times, said in a memo to the newsroom staff. “Her zest for a great story and her determination to infuse science journalism with sophistication, heart and rigor made our coverage the envy of our peers.”

Ms. Strauch was the author of “The Primal Teen: What the New Discoveries About the Teenage Brain Tell Us About Our Kids,” published in 2003,and “The Secret Life of the Grown-up Brain: The Surprising Talents of the Middle-Aged Mind” (2010), which concluded that certain cognitive functions peak fairly late, when people are in their 60s.

Responding to online questions from readers in 2009, she explained that teenagers are naturally attracted to risk, because from an evolutionary standpoint they need a biological incentive to leave familiar surroundings to mate and avoid inbreeding. Adults are better at assessing consequences.

“We have teenagers staying out all night or skipping school and their parents tearing out their middle-aged hair,” she wrote. “The good news is that, if we can get past the power-struggle part of all this, admit what we were like at that age, take the long view and call on the calmer middle-aged brain we have, we should also realize that a few bad and even risky moves by teenagers are natural and necessary, as long as they do not kill themselves. Easier said than done.”

Barbara Ellen Strauch was born in Evanston, Ill., on May 10, 1951. Her father, Frederic Jr., was an electrical engineer. Her mother, the former Claire Christiansen, was a reporter for the newspaper The Daily Pilot in Orange County, Calif.

In addition to her husband, she is survived by two daughters, Hayley and Meryl Breeden, and a brother, Ron Strauch.

After graduating from the University of California, Berkeley, with a bachelor’s degree in English, Ms. Strauch worked for newspapers in New England, Venezuela and Houston. She was a senior editor at New York Newsday.

Molly Gordy, a former Newsday reporter, recalled: “She sent me to interview a Salvadoran refugee family for an immigration series, and when I came back saying they were boring, she told me to pack a suitcase and move in with them and not leave until I was in love.” She stayed five days, she said.

In the course of her career, Ms. Strauch dealt with subjects as diverse as space shuttle missions and police shootings, but she said in the 2009 online piece that “sorting out health news is one of the hardest I have run across, in part because of the hype and — more alarming — the financial ties and conflicts of interest of many researchers.”

She lamented the decline in science coverage in other general interest publications.

“Something quite serious has been lost,” she wrote in 2013 on the website Edge.org, an online discussion group. “And, of course, this has ramifications not only for the general level of scientific understanding, but for funding decisions in Washington — and even access to medical care. And it’s not good for those of us at The Times, either. Competition makes us all better.”

“So what we have is a high interest and a lot of misinformation floating around,” she warned. “And we have fewer and fewer places that provide real information to a general audience that is understandable, at least by those of us who do not yet have our doctorates in astrophysics. The disconnect is what we should all be worried about.”