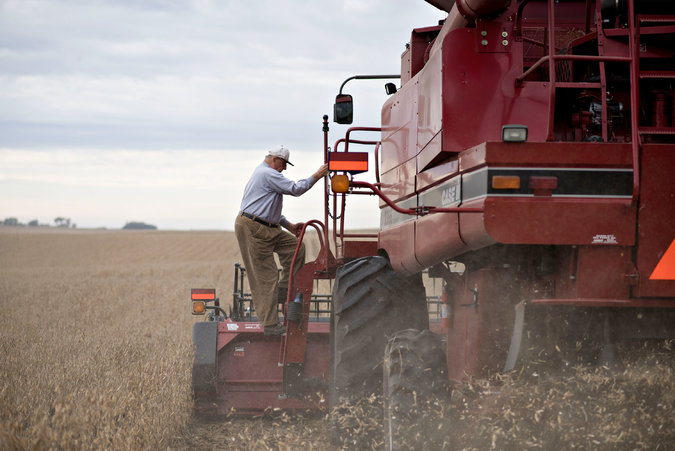 Henry Rayhons, a farmer and former Iowa state representative, was acquitted last week of charges that he had sexually abused his wife, who had Alzheimer’s disease. He had been accused of having sex with her in a nursing home on May 23, 2014, eight days after staff members told him at a care conference that they considered her cognitively unable to consent.

By all accounts, Mr. Rayhons, 78, had a mutually loving relationship with his wife, Donna, and the case generated widespread discussion about the rules guiding intimacy with partners who develop dementia and who gets to make them. Mr. Rayhons spoke for an hour by telephone with a reporter about his relationship with Mrs. Rayhons, who died last year. This interview has been condensed and edited for space.

Q. When did Donna develop Alzheimer’s?

A. I first started noticing a little bit of forgetfulness in the late year 2010. She was a fantastic cook, and the first sign that I seen of it was the fact that she just forgot what time it was to go and eat.

To be truthful about it, I really had no feeling that she was going downhill until 2013. We were in this together, and it just didn’t bother her that much and it didn’t bother me that much, because she was so happy just to be at my side all the time, and she communicated perfectly with me.

The time which she spent with me on the farm, she would bring around the honeybees and we would work with the honeybees. And when I would go out to the farm to help my son, particularly harvest time, she rode in the combine. She was an outside girl and she loved that.

When did things start to get worse?

In the late quarter of 2013, I seemed to notice a little bit, yes. But really not, not real bad, to be truthful about it.

Mrs. Rayhons accompanied her husband to sessions at the state Legislature, sitting behind him in the chamber.

Did others say things to you about what they were noticing?

That was about in February and March period of 2014. But quite frankly, I asked the door guard if he thought Donna was roaming quite a bit. And his quote was, “There’s a lot of people around here that don’t know where they’re going.” He said no, she didn’t wander any more than anybody else did.

Every morning, I would leave the hotel, before she put her coat on, she would stand in front of me, she’d say “Henry, do I look O.K.?” And I would assure her there was never a time when she wasn’t perfectly dressed.

When she started to show signs of Alzheimer’s, it really wasn’t any different from life when we first were married. We were both in our 70s. But she was a lady that just wanted to be loved. In the morning, at home on weekends, she would snuggle up to me. She liked to nibble on my ear and kind of smooch up my neck. She just loved to be close to me in the bed. She would just say, “Come and let’s play a little.”

Did that change as her condition advanced?

That never changed from the day we got married to the day she passed away.

Did you have sex in the nursing home?

No. Those beds are very small and we were around people, but she always wanted me just to lay by her and snuggle up to her. But there wasn’t even room for that.

So at times, I would stand by her bed and we would pray together. I would kneel by the bed and she always wanted to snuggle a little bit, and that was all there was to it.

She did like to fondle a little bit, but after the conference at the care center, I did not allow that to happen.

Did you understand why the care center brought up the issue of sex?

Nobody ever mentioned anything about that to me. The first I heard about it was at the care conference.

Well, I took it that they thought I was having intercourse all the time.

What happened on May 23?

She was quite upset that evening, because she wasn’t happy that they moved her [from a private to a shared room]. She took off the clothes that she had on and dropped her nightgown over her. And she was going to get into bed, and I said, “Dear, you have to go to the bathroom first.” And then she came out, she went directly to the bed, she said “get me in bed.”

And the bed was facing the wrong direction for her, that she couldn’t see out to the rest of her room. She says, “I want to be turned around.” I had to pull the sheets around, and I rearranged the pillow and turned her around, and I covered her up.

You mean physically as well?

Physically as well, yes. She was just as aware that I was the person that she loved from the day we were married to the day she passed away.