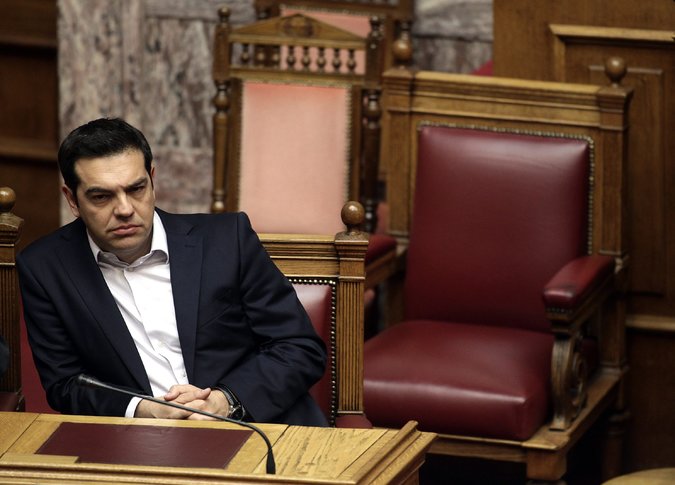 ATHENS — Prime Minister Alexis Tsipras says the referendum in Greece on Sunday is simply about whether to agree to what he sees as a bad deal from the country’s creditors. Many of his opponents say it is actually about whether Greece wants to stay with the euro.

What neither side typically acknowledges is that the vote amounts to a referendum on Mr. Tsipras and whether he should continue to lead his country. And what is playing out now is a largely unacknowledged campaign to oust him, led as much by his critics among other European leaders and top officials as it is by his rivals in Greece.

By long-established diplomatic tradition, leaders and international institutions do not meddle in the domestic politics of other countries. But under cover of a referendum in which the rest of Europe has a clear stake, European leaders who have found Mr. Tsipras difficult to deal with have been clear about the outcome they prefer.

Many are openly opposing him on the referendum, which could very possibly make way for a new government and a new approach to finding a compromise. The situation in Greece, analysts said, is not the first time that European politics have crossed borders, but it is the most open instance and the one with the greatest potential effect so far on European unity.

“People are realizing they have more and more of a stake in each other’s domestic policies,” said Mark Leonard, the director of the European Council on Foreign Relations, “and so you see more interference.”

Martin Schulz, a German who is president of the European Parliament, offered at one point to travel to Greece to campaign for the “yes” forces, those in favor of taking a deal along the lines offered by the creditors.

On Thursday, Mr. Schulz was on television making clear that he had little regard for Mr. Tsipras and his government. “We will help the Greek people but most certainly not the government,” he said.

Even as it backed Greece’s call for a new bailout plan to include debt relief, the International Monetary Fund essentially scolded the Tsipras government on Thursday, suggesting that it had mismanaged the economy in its brief tenure in office this year.

Mr. Tsipras had all but promised to step down if Greeks voted yes. But with three days to go before the vote, he went on television on Thursday and left the issue unclear. He said that in the event of a yes vote, he would remain in his “institutional role” and see that the procedures provided for by the Constitution were followed. He complained bitterly about European interference in the vote.

Earlier in the day, Mr. Tsipras’s finance minister, Yanis Varoufakis, said unequivocally that he would resign Monday if the country voted yes.

Hopes that a yes vote will undercut Mr. Tsipras or force his resignation have been behind calls by Chancellor Angela Merkel of Germany and most of the top European officials in Brussels to let the referendum play out before engaging in any further talks, analysts say, even though the European officials were at first furious when Mr. Tsipras asked for a vote on the issue.

Nearly the entire top European leadership in Brussels is backing a yes vote.

Earlier this week, the president of the European Commission, Jean-Claude Juncker, suggested that Mr. Tsipras had not been honest with the Greek people about what had been offered. In an emotional news conference, he urged the Greeks not to follow Mr. Tsipras’s call for a “no” vote.

“You have to vote yes, whatever the question,” he said, “because responsible, honorable Greek citizens, who are justly proud of themselves and their country, must say yes to Europe.”

“There has been a troubling lack of impartiality by European Union officials,” said Simon Tilford, the deputy director of the Center for European Reform, in London. “We have seen a steady stream of very inappropriate remarks.”

Others point out that in recent years, European leaders have been meddling in the domestic affairs of other countries more frequently. They quietly had a hand in the departures of a previous Greek prime minister, George A. Papandreou, and of Prime Minister Silvio Berlusconi of Italy, both in 2011.

Mr. Tsipras faces plenty of opposition at home as well. Huge “yes” crowds turned out this week for a demonstration in Athens, and opposition political leaders in Greece have been pondering the possibility of a unity government as soon as next week should Mr. Tsipras step aside.

Stavros Theodorakis, the leader of To Potami, a new centrist party that won 6 percent of the vote in the last election, called Thursday for a new unity government, saying that any pro-Europe members of Mr. Tsipras’s Syriza party could break off to be partners with other parties, including his own, and avoid a new round of disruptive elections.

“The country, come Sunday night, needs serenity,” he said. Mr. Theodorakis said the new party would offer a balanced approach that could quickly make a deal with Greece’s creditors and reopen the banks, which have been closed all week to prevent a run on them.

Some opposition leaders have traveled to Brussels in recent weeks to meet with officials there, prompting some Syriza supporters to complain that Mr. Tsipras never had a shot at governing. “This has been a silent coup d’état,” said Stelios Kouloglou, a European Parliament member with Syriza. “The idea from the very beginning was to overthrow Tsipras and get someone in there who would do what they were told.”

Mr. Kouloglou said that Mr. Tsipras would have to go if the vote was yes, and he worried that if Mr. Tsipras prevailed on the no vote, unhappy European officials would simply increase pressure on Greek banks until Mr. Tsipras left.

Some experts say the timing of the European Central Bank action in capping emergency funding to Greek banks this week appeared to be part of a campaign to influence voters.

“I don’t see how anybody can believe that the timing of this was coincidence,” said Mark Weisbrot, an economist and a co-director of the Center for Economic and Policy Research in Washington. “When you restrict the flow of cash enough to close the banks during the week of a referendum, this is a very deliberate move to scare people.”

Whether or not it was intended, it had that effect. Polls indicate that support for Mr. Tsipras fell sharply as Greeks confronted long lines and limits on their withdrawals.

Mr. Weisbrot also said the Europeans were having a powerful impact on the elections by saying over and over that the vote was a decision about staying in the eurozone.

On television Thursday night, Mr. Tsipras made it clear that he thought the European Central Bank’s action was meant to influence the referendum. “This was a vengeful tactic,” he said. “The Eurogroup finance ministers didn’t want to allow the Greek government, the Greek democracy and the Greek people to exercise their right to democratic procedures without interventions.