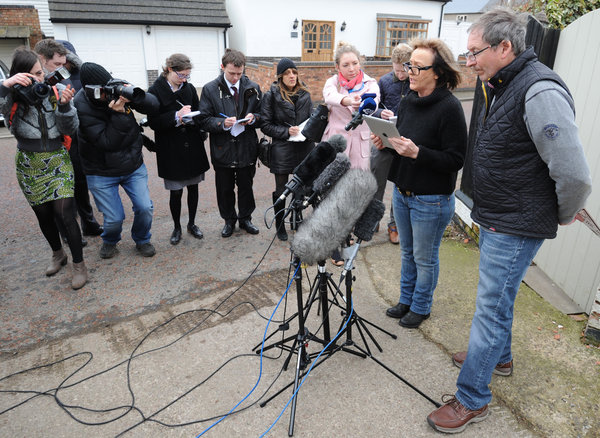 LONDON — In a land that loves its pets as much as, if not more than, its people, it was a death that provoked outrage and tears, headlines and head-scratching.

Call it the case of the poisoned pooch — although pooch might not be exactly the right word to describe Thendara Satisfaction, a 3-year-old award-winning Irish setter, also known as Jagger, who died on Friday after returning home to Belgium from the prestigious Crufts dog show in Birmingham, England.

The dog’s owners have said they believe Jagger died after eating meat laced with an unidentified substance, although a toxicology report has not yet been completed and the British police are awaiting a request from their Belgian counterparts to investigate.

“There’s no doubt that the dog was maliciously poisoned,” Dee Milligan-Bott, a co-owner of the animal, told the BBC. “He was the apple of everyone’s eyes, typical Irish setter, totally trustworthy and so loved. We are devastated.”

She added: “I don’t believe in my heart of hearts that this was another competitor or anyone involved in the dog world. I can only imagine that it was a random act that somebody premeditated and wanted to cause total distress at the best dog show in the world.”

At a time when attention here has been seized by a public inquiry into the death of the former K.G.B. agent Alexander V. Litvinenko, who was poisoned with radioactive polonium, the case has evoked a similar air of mystery, and even has a potential twist worthy of a crime thriller: Was Jagger’s death the result of mistaken identity?

Several British newspapers reported that the target could have been a nearly identical dog, Thendara Pot Noodle, who was said to have switched places with Jagger on the benches where competitors sit before and after their time in the show ring. Thendara is the name of the kennels run by Ms. Milligan-Bott and her husband, Jeremy.

Pot Noodle won best of breed on Thursday, ahead of Jagger, while the overall winner of the Crufts show was Knopa, a Scottish terrier. The final award ceremony was upset when a protester ran into the arena and held up a sign saying “Mutts against Crufts.”

There was even speculation that Jagger was chosen because of resentment at the increasing number of foreign dogs in the show — perhaps reflecting anti-immigrant sentiments among humans.

“He could have been targeted for being a foreign dog,” Aleksandra Lauwers, the Belgian co-owner of Jagger, was quoted as saying in British news reports. “There’s a lot of ill feeling from some camps toward them for some reason.”

“But first and foremost, he was our pet, and we are absolutely distraught,” Ms. Lauwers said. “He died right in front of me in my arms. There was nothing we could do. I know people take it seriously, but if you want to target me, smash my windows or something — don’t go and kill my pet dog.”