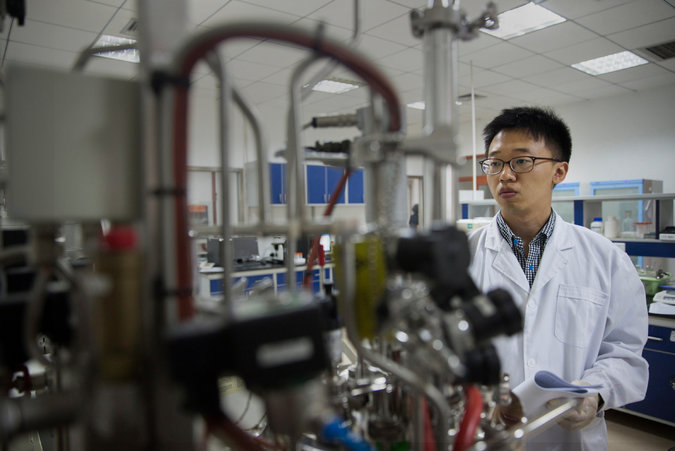 After a nurse who contracted Ebola in Sierra Leone was discharged Wednesday from a Rome hospital, a doctor there described the experimental treatments the patient had received as “absolutely miraculous.”

They included MIL77, a product from China that was also given to a British Army nurse who recovered from Ebola at a London hospital in March. It is a near copy of what many believed was the most promising Ebola therapy: a cocktail of antibodies known as ZMapp, the result of a collaboration between the United States and Canada.

While a limited supply of ZMapp was quickly exhausted, a small private Chinese company, Beijing Mabworks, raced ahead last fall, helping to produce about 100 doses of MIL77. That means more potentially lifesaving treatments for desperate patients. But it has also led to patent infringement concerns by American officials, and to disagreements over when experimental Ebola therapies should be offered to patients only in carefully controlled studies and when they should be made more available for compassionate reasons.

Feng Li, chief executive of Beijing Mabworks, said his company was motivated to fight a global emergency and had made a licensing agreement with ZMapp’s intellectual property rights holder. “People think international collaboration could easily happen between the U.S. and Canada,” he said, “but these days, China could play a role” by making emergency response drugs “better and faster in some cases.”

ZMapp is being tested in a clinical trial in the United States and Sierra Leone, where the government reported nine new cases of Ebola on Thursday, one of the highest daily totals in months.

Last summer, when Ebola was raging out of control, ZMapp raised hopes after it was given to two American aid workers with the disease. Both recovered. Scientists had already shown that ZMapp could save monkeys injected with what would have been a lethal dose of the virus.

Tobacco plants were engineered to produce ZMapp, a mixture of three antibodies designed to attach to the covering of the virus, neutralize it and attract killer immune cells. That was an unusual production method, chosen in part to meet the requirements of an American government grant that promotes innovation. However, there were no facilities capable of producing large amounts of the treatment.

Then China jumped in. The scarcity of ZMapp was “a spark, like lightning to me,” said Boyan Zhang, chief scientific officer at Beijing Mabworks. Supported by Chinese government grants, the company had developed mammalian cells capable of quickly producing antibodies targeted against cancer and viral diseases in humans, and its leaders decided to use the same process to develop an Ebola remedy.

China, highly attuned to infectious diseases since the outbreak of severe acute respiratory syndrome in 2003, had many citizens working in West Africa. “The entire country was mobilized,” Mifang Liang of the Chinese Center for Disease Control and Prevention said at the China-U.S. Relations Conference in Houston last month.

The Chinese government issued a directive last summer that helped inspire the production not only of MIL77 but also of an Ebola vaccine, which is in human safety studies; rapid Ebola diagnostic tests; and copies of antiviral drugs made by companies in other countries. Dr. Zijian Feng, deputy general director of the China C.D.C., said involvement in emergency public health assistance served to “elevate our presence in the international stage and also elevate our capabilities.”

Within three months, using information in ZMapp’s patent, Dr. Li and his colleagues had copied the active part of ZMapp and used the company’s specialized cells to produce the antibodies. A month later, with the help of the Chinese pharmaceutical company Hisun, they had 100 doses.

But some American officials expressed concern. The United States government holds a patent on one of the antibodies in ZMapp, which was developed with support from American and Canadian military research agencies, a legacy of fears that Ebola could be used as a biological weapon by the Soviet Union or, later, by terrorists.

Robin Robinson, director of the Biomedical Advanced Research and Development Authority, part of the United States Department of Health and Human Services, said the Chinese scientists might have infringed patents if they tried to sell MIL77 outside China without an agreement with Mapp Biopharmaceutical, the small American company with intellectual property rights to ZMapp.

He added, “They have not done all the testing that we would normally do for safety before these products would go into humans.”

Larry Zeitlin, president of Mapp, said that his company had 100 doses of ZMapp at the same time Hisun had MIL77, but that the ZMapp had been produced for a clinical trial and was undergoing safety testing required by the Food and Drug Administration before human use.

Dr. Robinson said his agency had worked with Mapp and larger companies — including Regeneron in Tarrytown, N.Y., and Genentech in South San Francisco — to use methods similar to the Chinese researchers’ to increase production of ZMapp and other antibody-based treatments for Ebola.

But aid groups treating patients in West Africa had trouble getting information on those efforts, said Dr. Annick Antierens, coordinator of research partnerships for Doctors Without Borders. So they began to explore using Chinese-made MIL77.

“We said, ‘You have people dying like flies, and there’s a product that seems to be O.K.,’ ” Dr. Antierens said. But as the number of Ebola patients declined in West Africa with the waning epidemic and ZMapp finally became available, she said, American officials and scientists expressed concerns that the use of MIL77 could interfere with the clinical testing and licensing of ZMapp.

Doctors Without Borders and some other aid groups have balked at participating in the ZMapp trial because it is randomized and patients only have a 50 percent chance of receiving the treatment. That is a standard procedure in many trials so that researchers can compare patient outcomes and determine whether the treatment was effective and not harmful.

At Royal Free Hospital in London several months ago, two healthy workers with serious exposure to Ebola were given MIL77. Neither of the workers ended up developing the disease, said Dr. Michael Jacobs, who treated them.

When the British Army nurse, Cpl. Anna Cross, tested positive for Ebola in March, she also agreed to receive MIL77, which had shown promising results in guinea pigs and nonhuman primates at the Public Health Agency of Canada.

The London hospital has since decided not to join the American-run clinical trial of ZMapp because of the randomizing requirement. It has opted instead to keep a supply of MIL77 for use in any Ebola patients treated in Britain or the European Union.

“We’ve challenged ourselves about whether that is the right decision or not,” Dr. Jacobs said. “In the end, I have to do my best for the patient in front of me.”

But Dr. H. Clifford Lane, clinical director at the National Institute of Allergy and Infectious Diseases, said it was important to test ZMapp properly to determine whether using antibodies to treat Ebola really works.

“There are interventions that look so logical, that should be effective, that prove not to be,” he said. “Without randomization, you have no way to control for all the different variables that come into play when you’re dealing with a patient.”